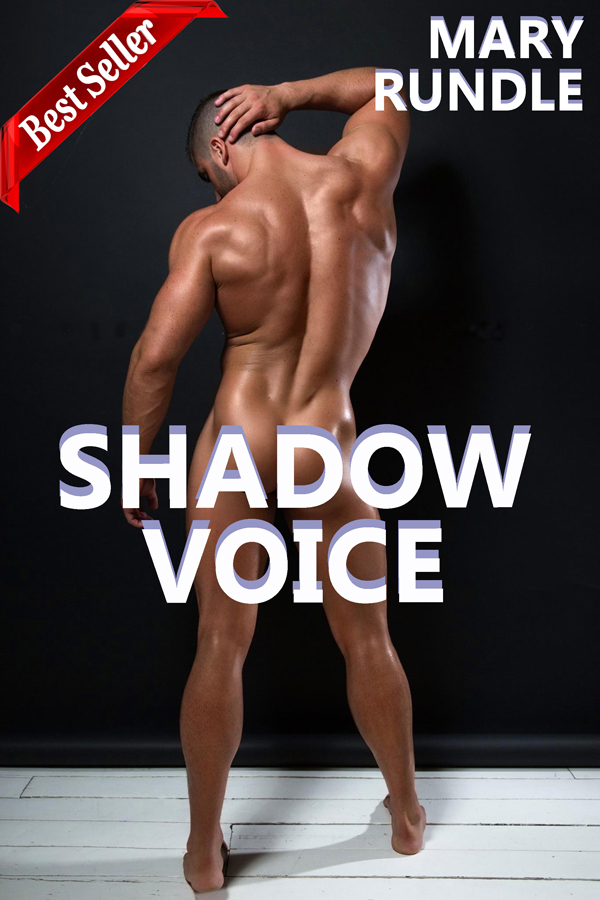 Series: Blackwood Pack #5 [this series is best read in order]

This is part of an on-going series and reading the previous titles is advised. Readers of the past books will enjoy meeting old friends once more as the pack does what it does best ̶ caring for each other.

Slate, one of the last Dire Wolves, has carved out a life which suits him fine—plenty of traveling to exotic locations and an abundance of one night stands to handle his needs. While he’s happy for his brother, who has found his Fated Mate, Slate isn’t interested in finding his—at least not for a long time. That is, until his body betrays him. Seeking his mother’s help—who is an Oracle—Slate pays a visit to the Blackwood Pack where he finds the Fates have once again, messed with his life.

Dakota, the chef for the Blackwood Pack, fell in love with cooking as a young child and ultimately the kitchen became a place of refuge for him. Suffering with a ‘curse’ through much of his childhood, he relied heavily on his mother’s help to deal with it. After the massacre of his mother and siblings by their greedy uncle, Dakota barely survives, but finally forges a life for himself, content to stay home and take care of the people he loves.

Join the journey of the Blackwood Pack, seven brothers who are gay wolf shifters in search of their fated mates – stories about love at first sight with twists and turns, angst and humor, romance and adventure. Each book has two main characters who meet, fall in love, mate and achieve an HEA but the stories also chronicle the continuing saga of the Blackwood Pack. The series is best appreciated by reading the books in order.

A long-hidden secret, rejection of a mate, acceptance of rare gifts, and a brutal kidnapping are just some of the obstacles Dakota and Slate must battle together to save their relationship. As the pack rallies around them, both must learn to trust the other before they can find the happiness that the Fates have ordained for them… 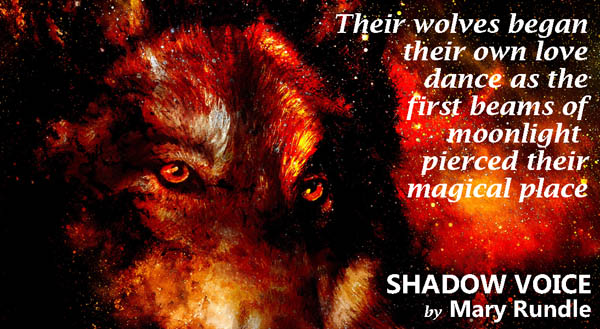 “Son, your mother wants to speak to you first.”

Slate fought his wolf, finally gaining control and, as the tension left his body, he slumped against the house. He stared into the woods, hoping to see his mate and when that didn’t happen, he shifted his gaze to his father. “Why did he run off? I thought a mate would rather die than abandon the one the Fates had chosen. I don’t understand it. Why didn’t he like me?”

“Slate, your mate is safe. Talk to your mother. She can help you.” Maximus gently pushed his son into the house to see his mother.

Exhausted, Slate walked to his parents’ suite. He was numb, unable to comprehend what happened and how it went wrong. Never expecting to find his mate so soon after the onset of his first toirchigh, he was confused at his need—the overpowering drive to claim his mate. All Slate knew as he entered the sitting room was that somehow he had fucked up badly. Even his wolf knew it as he keened for his mate.

The man who walked in was in pain, that much Oracle could see. But it was going to get worse before it got better. How much worse depended on her son and what he decided to do. Taking his hand, Oracle led Slate over to a chair, pushed him down in it, then sat beside him. Holding his hand, she began. “Sweetie, tell me what happened.”

Sitting next to Oracle, Slate, remembered all the times during his childhood when his mother was there for him, comforting him when he fell, and chasing the demons in his nightmares away. Drawing in her sweet scent, he confided that he’d found his mate but had been rejected. Rubbing his heart, Slate hated even saying those words, because it made the pain there more intense, so much so, he was sure it was breaking in half. Finally, when he admitted he didn’t even know his mate’s name, the tears began to flow.

Oracle put her arms around her son, gently rubbing his back as he cried. She could feel the sadness enveloping Slate, but she had no quick fixes to make it better for him. Only he could do that and she wondered, for the thousandth time, why her youngest son always had to travel such a hard road in his life. Together they sat, one trying to find the strength to continue, the other giving love and support.

When the tears had finally stopped, Slate took stock of himself, trying to find the hidden well of strength he always seemed to have. Wiping the remnants of his tears away, he looked at his mother. “Mom, I fucked up big time but I don’t know what I did wrong or how to make it right.”

“What are your intentions? Do you want him?”

Slate thought it over and much to his surprise—considering his feelings just a few hours ago—said, “Yes, I do, but I don’t even know who he is.”

“His name is Dakota and he is Jackson’s brother.”

Dakota…Dakota…oh I know him.“He’s the chef, right? Colton told me about his cooking when we were in Mexico.”

“Yes, he is and he loves it. Right now, he is teaching Theo.”

“Maybe I can share some of my recipes with him. Colton said Dakota is always looking for new recipes.”

“That might be a good way for you to get to know him.”

“Good idea, Mom,” Slate exclaimed, but then his face fell. “But first I have to find him and see if he wants me. He ran away from me. What did I do wrong?”

“May I give you some advice?”

“Before you claim Dakota, take some time to know him and let him learn about you, Slate. His story is the key to who he is and will help you understand why he ran.”

“Okay,” Slate said, “I promise I’ll talk to my mate before throwing him down and biting him.”

“That would be a good thing to do sweetie,” Oracle said, smiling gently. “One other thing. I must talk to Dakota before you claim him to explain the gift the Fates have for him.”

“I understand, but first I have to find my mate, Mom, and I’ll bring him back here so you can tell him what you need to.” Slate stood, extending his hand to his mother and helped her up. “I don’t think we’ll make it back for lunch, so will you make my excuses to Jackson?”

“You can do that after you tell him Dakota is your Fated Mate.” 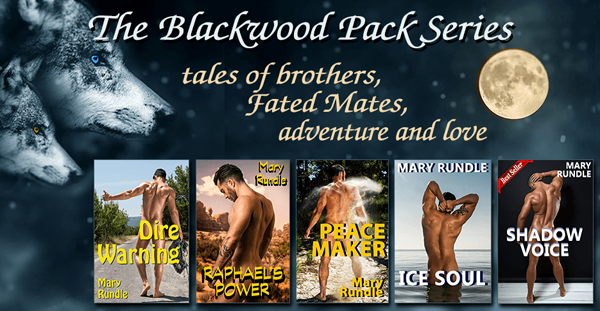 Now, five books later, Shadow Voice, another Best Seller, has just been released to critical acclaim. I love the M/M paranormal genre because it gives my imagination a lot of territory in which to roam. My mind can really run wild and come up with some amazing stuff when it doesn’t have to stay inside the box.

I currently live in the Northeast and love the beautiful change of seasons, my husband, and our quirky calico cat, though not necessarily in that order. I’m always happy to hear from my readers throughmy website or on Facebook!

Mary is giving away a $25 Amazon gift card with this tour. Enter via Rafflecopter: