Release Blitz & Giveaway: Colette Davison’s Why I Trust You 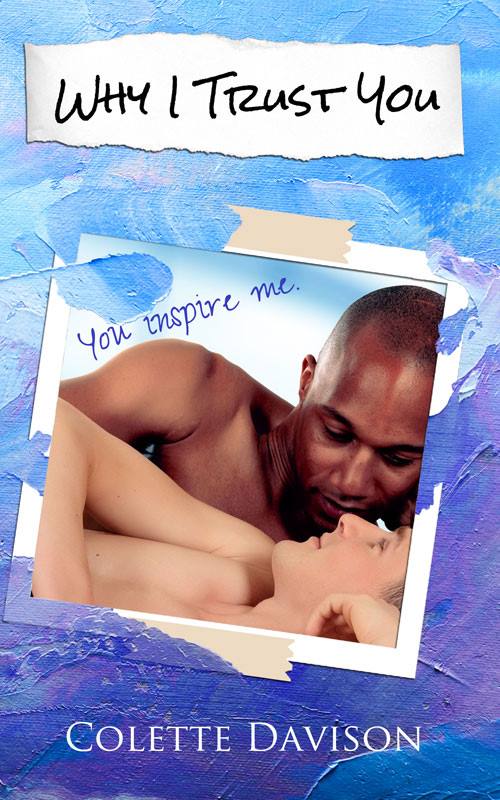 Series: It's a standalone story but part of a loosely linked series (Why I Left You and Why I Need You)

Buy: Available on Amazon KU, Amazon US and Amazon UK

Blurb: Martin is the larger than life funny guy, the one who’s quick to soothe other’s pain, whilst hiding his own. He wants nothing more than to find ‘the one’, but his love life consists of a string of break-ups. He’s close to giving up on love, until he meets Ryan online, the artist whose work speaks to his soul. There are just two problems: Ryan already has a boyfriend and he lives in California, which is one hell of a long way from England.

Working with Martin to develop a game is supposed to be purely business; a way for Ryan to earn the money to leave his abusive boyfriend. Except, he finds himself falling for the enigmatic Englishman. Wondering what kind of spark there might be if they were in the same country is one thing, escaping his boyfriend is another.

Wounded by their past relationships, Martin and Ryan have to learn to trust each other in order to have a chance at building a future together.

When he got back to the table, Ryan was doodling on one of the napkins with a biro. Martin craned his neck to make out what the drawing was of, but Ryan's hand was obscuring most of the image. Then Ryan looked up and smiled gently, turning the napkin and pushing it towards Martin.

Ryan bit his lower lip as Martin looked down at the sketch. It was a cute nervous habit, Martin decided, although the thought slid out of his mind as his stomach did a one-eighty when he saw Ryan had been drawing him.

"I'd like to draw you for real one day, if you'll let me." Ryan looked down, his eyelashes shielding his eyes.

The golden glow of his tan was consumed by a redness that reminded Martin of the dying embers of a fire: warm and comforting. And, shit, Ryan wanted to draw him. He cleared his throat as he tried to come up with a witty response, because that was what he did. He always had a smart response to everything that was thrown at him. Except for Ryan, who seemed to be able to render him speechless.

"I'd like that," Martin managed eventually. Naked, he decided. After they'd made love. Yes, that would be perfect. 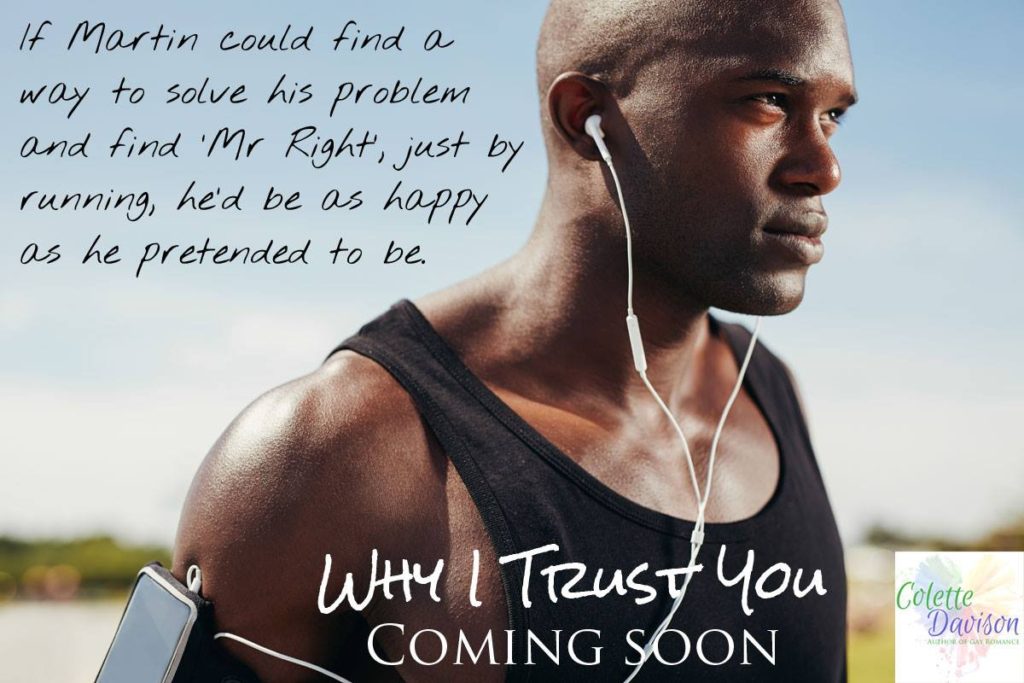 Colette’s personal love story began at university, where she met her future husband. An evening of flirting, in the shadow of Lancaster castle, eventually led to a fairytale wedding. She’s enjoying her own ‘happy ever after’ in the north of England with her husband, two beautiful children and her writing.

Enter the Rafflecopter Giveaway for a chance to win a $10 Amazon Gift Card. 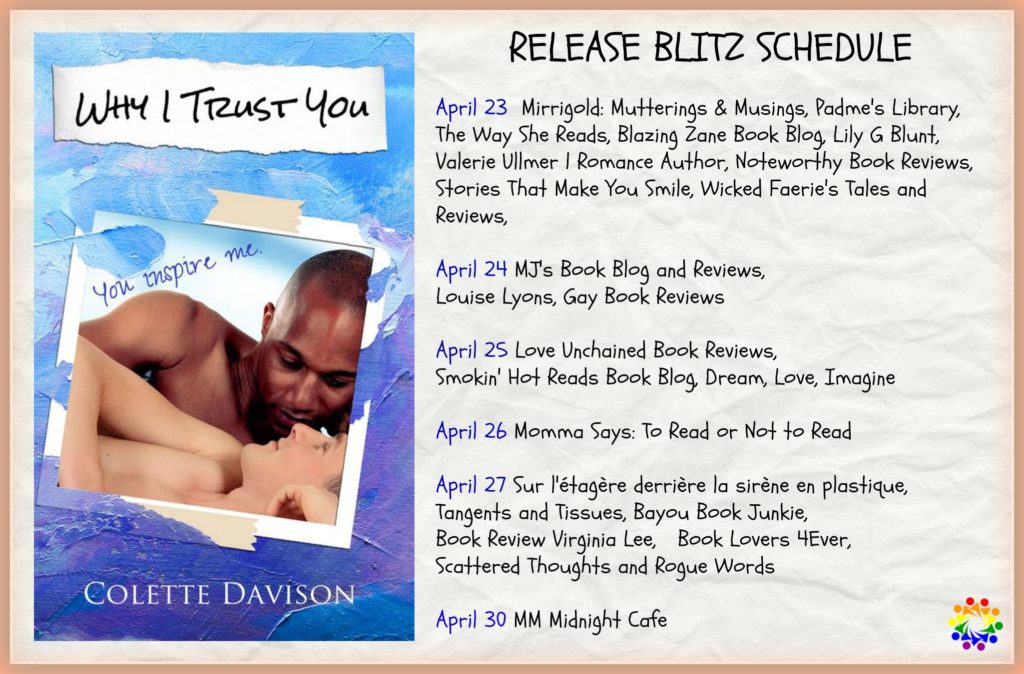 Release Blitz & Giveaway: Matt Doyle’s The Fox, the Dog, and the King