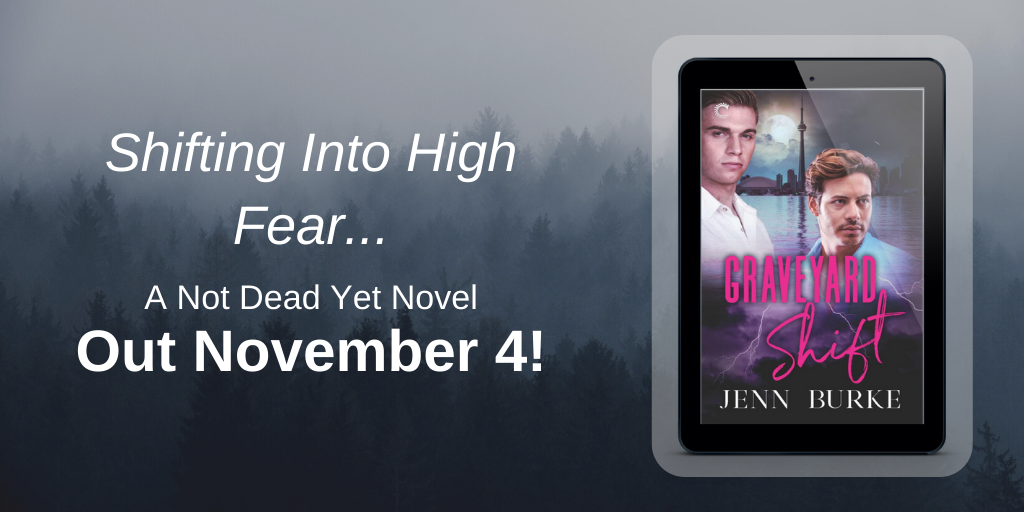 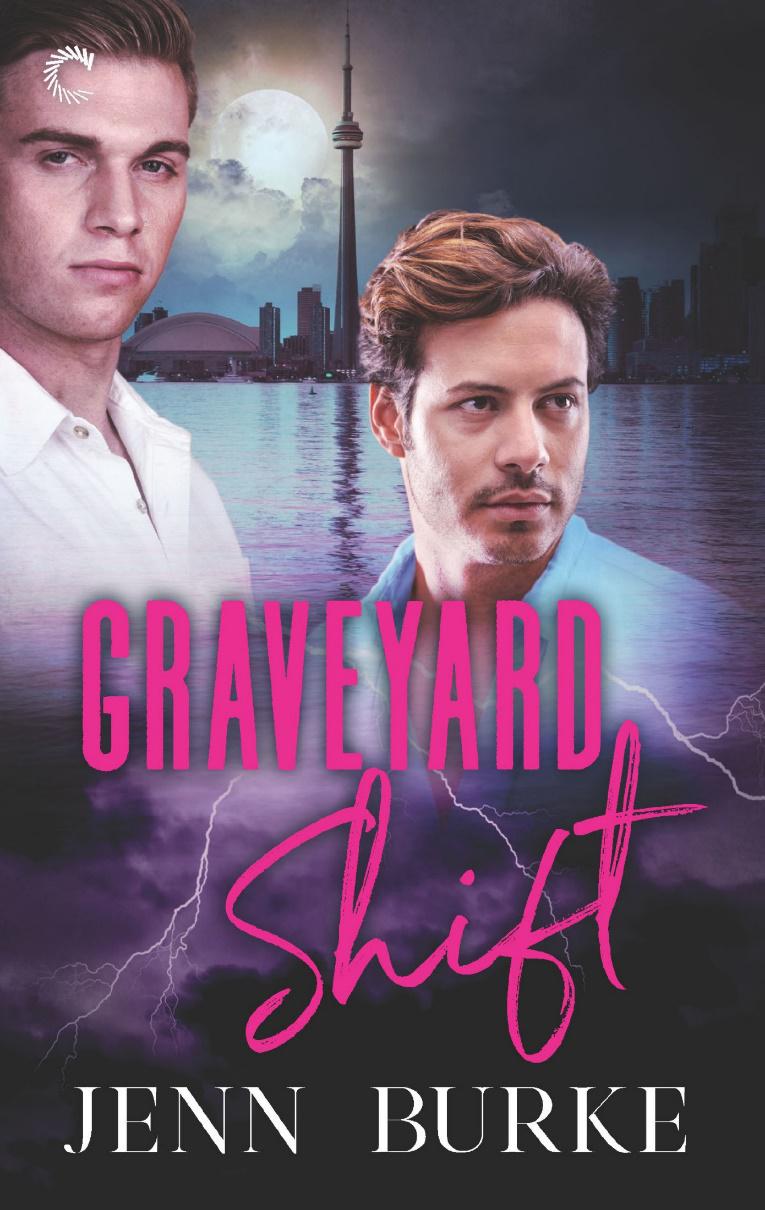 Ghost/god Wes Cooper and his not-life partner, vampire Hudson Rojas, have settled into cohabitation in an upscale part of Toronto. So what if their hoity-toity new neighbors haven’t exactly rolled out the welcome mat for the paranormal pair? Their PI business is booming, and when a suspect they’ve been tailing winds up in the morgue, it’s alongside a rash of other shifters in apparent drug-related fatalities.

Now Wes and Hudson must connect the dots between the shifter deaths and an uptick in brutal vampire attacks across the city. Throw in a surprise visit from Hudson’s niece—who may or may not be on the run from European paranormal police (who may or may not exist)—and guardianship of a teen shifter who might be the key to solving the whole mystery (if only she could recover her memory), and Wes and Hudson have never been busier…or happier.

But when a nightmare from Hudson’s past comes back to haunt him, their weird, little found family is pushed to the brink. Mucking this up would mean Hudson and Wes missing their second chance at happily-forever-afterlife…

I pulled out my phone and made notes about the big man and his female bodyguard as I told Hudson what I saw. When I looked up, Walter’s car still hadn’t moved.

Strange. “I thought he was heading out the door as I left.”

“Maybe he had to make a trip to the little boys’ room. Yeah, see? There he is.”

Walter opened the passenger door and did something—we couldn’t see exactly what, since the body of the car was blocking us, but I assumed he was hiding the product. Wouldn’t do to have it sitting on the seat if he got pulled over. After a few seconds, he stood up, looked around surreptitiously, and hopped over the driver’s-side door to land behind the wheel.

“Now that’s talent,” I said. “You should practice something like that.”

“I don’t drive a convertible,” Hudson pointed out.

“The Dukes of Hazzard didn’t either.”

He didn’t say anything to that, but his lips twitched.

Walter passed us and Hudson waited until he was a few car lengths ahead before doing a U-turn to follow. We trailed him northeast on Queen Street. We were both quiet—Hudson was concentrating on not losing Walter in traffic, and I was pondering what the truth was. Embezzler? Dealer? Both? Something else?

I was still silently debating when Walter’s car suddenly picked up speed and crossed the yellow line. He barely missed an oncoming streetcar and instead plowed through a black metal fence and into the trunk of a giant maple tree. The tree’s remaining leaves showered down into the interior of the little crumpled car.

Hudson wove around a few cars between us and Walter’s wrecked Miata, parked in the middle of the street, and jumped out. “Call nine-one-one,” he shouted over his shoulder.

Nine-one-one. Sure. I could do that. Once my hands stopped shaking. I fumbled with my phone but finally brought up the dial pad and reported the accident. When I emerged from the car, still unsteady from the dump of adrenaline into my system, Hudson stood next to Walter’s wrecked car.

He was draping a blanket someone had handed him over our subject’s motionless body.

Jenn Burke has loved out-of-this-world romance since she first read about heroes and heroines kicking butt and falling in love as a preteen. Now that she’s an author, she couldn’t be happier to bring adventure, romance, and sexy times to her readers.

She’s been called a pocket-sized and puntastic Canadian on social media, and she’ll happily own that label. Jenn lives just outside of Ottawa, Ontario, with her husband and two kids, plus two dogs named after video game characters…because her geekiness knows no bounds.