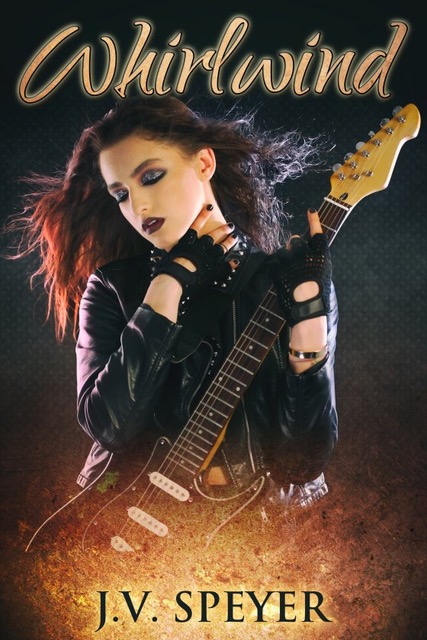 Blurb: Rock star Jo Avery didn’t have a choice about coming out, but ever since her ex outed her as bi she’s been a proud advocate for LGBTQ+ issues.  Most of her family wants nothing to do with her, but her brother has always supported her.  When he gets married, he wants her in the wedding party, and she has to accept.

The only problem? Her new sister in law is the daughter of conservative pundit and anti-LGBT warrior Sarah Tremblay. Sarah has another daughter, too, the beautiful and charming Valeria.

Valeria has been in the closet since she was fourteen.  She’s always envied Jo’s strength and freedom, if not her path to living her authentic life.  She soon finds herself falling for the fierce, pretty rocker, but coming out could cost her everything.  How many risks can she take for someone she’ll only know for two weeks?

Can Jo and Valeria turn attraction into love, or will their whirlwind romance blow out before it gets off the ground?

Simon shifted uneasily in his seat. "Should I step in?"

Jo shrugged. "Seems dangerous. You're not being paid to break up fights between conservative media hosts." She looked up and groaned as she saw Sarah Tremblay making her way toward her. "Just when the fight was getting good."

Simon straightened up in his seat as Sarah swept into position beside Jo. "This is not the way people should behave at an event like this. It's supposed to be a joyous occasion, where people give the bride the material she'll need in her new life as a wife. Not some kind of spectacle for the enjoyment of others." She sniffed and cast her gaze pointedly at guests who had their phones out, recording the action.

Jo hated the thought of agreeing with Sarah Tremblay about anything, but she couldn't argue either. "It's a little bit like watching daytime television."

Sarah stared as hotel security swooped in and separated the fighting women. The one who'd been kneed in the face was going to need an ambulance. "This is what comes from an overly permissive culture," she said after a moment. "This is why I fight so hard."

Jo rolled her eyes. And of course it all comes down to this. "So we can all enjoy a live action version of the Jerry Springer Show?"

Sarah curled her lip. "Do you honestly think any of this would have happened if you hadn't showed your face here today?"

Jo lowered her eyes and laughed. "Sarah, I don't even know those women. Any of those women. The great part of being a pariah at things like this is that no one can say they did anything because of me."

Sarah grabbed onto Jo's wrist with one claw-like hand. "You come walking in here with all of those tattoos exposed. That alone lowers the tone. It tells people, 'Oh, it doesn't matter what you do.' And with you flaunting your sin all over the place, disobeying your mother, giving your body to anyone who wants it, wallowing in the sin of Sodom and Gomorra without shame, everyone knows who you are. They know what you do.

"Wow. You get all that from a couple of tattoos and a complete failure at reading the Bible." Jo snorted. Her hands shook, but they were hiding under the table so it didn't matter. "Did you miss the part about motes and beams and all that? Or the Samaritan woman? I'm, like, ninety percent sure that those people would have fought even if I'd stayed on tour."

"You should have stayed on tour. No one wants you here." Sarah narrowed her eyes at Jo. "If even your own mother can't stand to look at you, why should the rest of us be troubled with your presence?"

Jo shrugged. "Take it up with Tom. Much as I love hanging out here and being harangued about my sex life, I'd rather be out there with my band mates touring."

Sarah recoiled, nose in the air. "I can see I'm not going to get anywhere with you. Just stay away from my daughter."

Jo blinked for a second. Was Sarah really worried about Valeria's virtue around her? If she was, that must mean she had a reason to be. Maybe there was hope after all. As for the rest of it ...

She curled her lips into a wolfish smile and stood up. As Simon stood up beside her, she dropped a hand onto Sarah's shoulder. "Oh, Sarah. I didn't realize. I didn't mean to lead you on. I'm not great with subtle hints. If you wanted to 'get somewhere' with me, you should have been more direct. If you want, I can help you find someone who might be looking for someone a little more like you, though." She walked out of the shower, smiling.

J.V. Speyer has lived in upstate New York and rural Catalonia before making the greater Boston, Massachusetts area her permanent home. She has worked in archaeology, security, accountancy, finance, and non-profit management. She currently lives just south of Boston in a house with more animals than people.

J.V. finds most of her inspiration from music. Her tastes run the gamut from traditional to industrial and back again. When not writing she can usually be found enjoying a baseball game. She's learning to crochet so she can make blankets to fortify herself against the cold.

On the Ice Release Day!