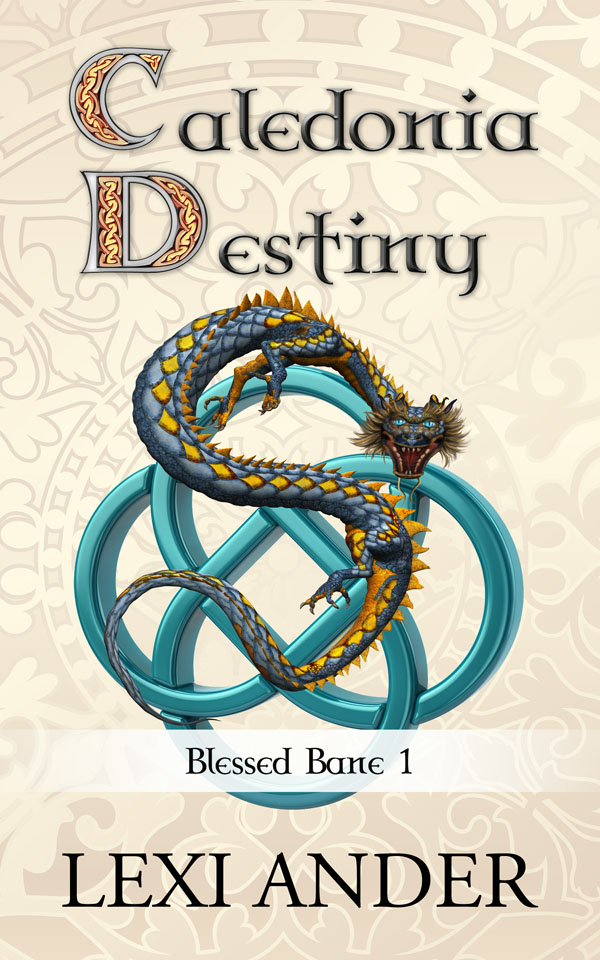 Get it at: Amazon | Payhip | Universal Link

A twist of fate changed both their destinies.

The wyrbears, once a long-lived species, were being lost to the forest in their prime. A people borne of a curse, their abilities not a gift but something wrongly taken, they nonetheless live in harmony with their animal spirits. But over time the curse they lived under changed, mutated, and now what once was a refuge from the world when they became too weary is culling mathan in their prime.

Ewen mhic Friscalach, the leader of his peoples, lost his father too early and is now a widower with four children. The vow he made as a youth to break the curse afflicting wyrbears has been buried by grief and responsibility.

Roi mhic Alric, a priest of Cerridwen and seer, watched his fellow priests slaughtered and his temple desecrated. The only thing that kept him going the last three horror-filled years was the vision Cerridwen had granted him of his emancipation. If freedom came at the cost of his life, well, he was more than ready for the Otherworld.

A fated meeting upon a bloody field of battle. A wrong done long ago. Their choices could save a people… or send them into extinction. Either way, their love will be legend.

**Caledonia Destiny started out as 31k short story that had a happy for now ending. Now, years later, I have rewritten and expanded the original to 111k.**

The next morn Ewen rose early and stoked the fire. Roi wandered into the forest to release his water. When he returned, Ewen bade him sit atop the furs. With an unsure countenance, Roi sat and watched Ewen approach with a wary eye. Ewen took Roi's hand and used the warm, wet linen to wash it. He rinsed the cloth in the crock of water and repeated the motions with the other hand, gently touching the abraded flesh and each of the scabs where Roi had injured himself climbing the tree.

The camp was utterly quiet as he administered to Roi afore the gazes of his kin. He did not glance into Roi's eyes until he took the cloth to Roi's face, cleansing the dust of the road from Roi's forehead and cheeks. Roi's eyes were large and round with his confusion, but he did not stay Ewen's hand which gave Ewen hope. He unlaced Roi's boots and pulled them from his feet and began to wash them as well. He had not imagined he would be so nervous declaring his intentions in front of his kinsmen, but this moment was important, mayhap the most important declaration Ewen would make in his lifetime.

"Roi mhic Alric, I, Ewen mhic Friscalach, would have it known that I hereby put forth afore my kinsmen my petition to court you. I humbly ask that you consider my request and if you accept, allow no other to court you until the time you decide either to accept my hand or decline it."

Roi turned pale as milk. Apprehension pooled in Ewen's gut as he awaited for Roi to shun him. He deserved no less for what he had done, avoiding Roi only to succumb to his desires, waking Roi from sleep to beg Roi to touch him. Whilst Roi spoke truth, Ewen had bestowed upon him harsh words instead of Ewen's own truth in return. He should have confided in Roi, given him the story of his people's lineage. Roi’s lack of faith in Ewen might yet be Ewen's own doing.

Roi placed his hand over Ewen's where he washed the dirt from Roi's feet. "Ye be of noble blood, ye do not have to do this."

He captured Roi's hand betwixt his palms. "Then tell me how to win back your trust." Roi's visage hardened, but not afore Ewen beheld the brief flame of longing in Roi's eyes. "I shall find a way back into your confidence, Roi, and when I do, you shall never have reason to throw me out again."

After placing Roi's hand in his lap, Ewen returned to cleansing his feet, then slipped his boots over his calves and carefully laced them up. Ewen had brought over a square of knotted linen, which he gave to Roi afore he rose to his feet with the crock of dirty water. Roi untied the cloth and stared down at the food Ewen had gathered for him. The offering was not much: the last piece of flat bread, some pine nuts, and the best slices of their dried meat.

Donn grinned and nodded as Ewen passed by on his way to the stream to rinse out the crock. Kneeling at the edge of the water, Ewen then splashed the cold water onto his face, growling at the way his hands trembled.

With that one single word, Bear soothed Ewen's frayed nerves. For the first time that he could recall, Bear rubbed gently against his skin as if to console him. Crouched at the water's edge, Ewen held still in shock, able to sense Bear's emotions without Bear saying the words. When Roi was with them, Bear came alive, naught showing of the violent creature Granda had warned Ewen of. Bear now spoke to, and even interacted with Ewen, all thanks to Roi. Ewen wiped the dripping water from his face with a new clarity.

"Ewen." He glanced over his shoulder to behold Roi standing at the edge of the trees. Anger still pinched the corners of Roi's lips but his hands twisted with uncertainty. "I shall not allow another to court—" his brows dipped into a hard V as if he could hardly believe his own words "—me until I either decline or accept yer… yer…” He huffed. “I know not what ye be thinking courting a man, Ewen. Everything ye do confounds me no end, and my mind counsels me to leave ye be but—" Roi rubbed at his left breast, his palm pressing into his chest as if he attempted to soothe an ache "—I find I cannot deny yer request, regardless of how unseemly it be. I never thought ye to be a daft man afore." The last was said under Roi's breath.

"I thought you would deny me," Ewen confessed.

"Yer declaration caught me off guard, and when ye walked away without waiting for my answer I found meself at the mercy of others who vied for my attention. Ye have much to explain, Ewen. No others be as accepting as yer people." Roi shook his head in a disbelieving manner afore turning to leave, moving around the four men who had followed him to the stream.

Donn, Arailt, and two other cousins watched Roi go. Bear and Ewen growled. "You heard him. He has agreed to my courtship." Ewen's kinsmen dispersed, Donn chuckling into his fist but hurrying away afore Ewen caught him. 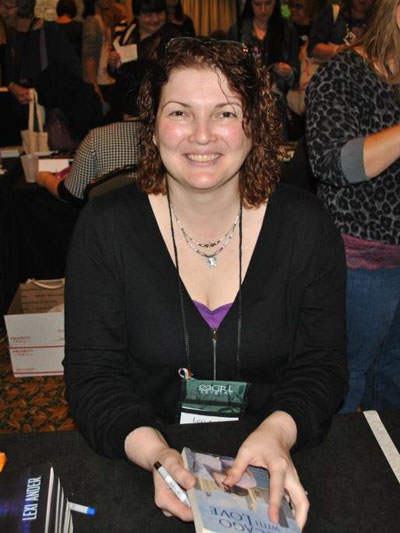 Lexi has always been an avid reader, and at a young age started reading (secretly) her mother’s romances (the ones she was told not to touch). She was the only teenager she knew of who would be grounded from reading. Later, with a pencil and a note book, she wrote her own stories and shared them with friends because she loved to see their reactions. A Texas transplant, Lexi now kicks her boots up in the Midwest with her Yankee husband and her eighty-pound puppies named after vacuum cleaners.

Lexi is giving away three $10 Amazon gift cards with this tour. For a chance to win, enter via Rafflecopter.