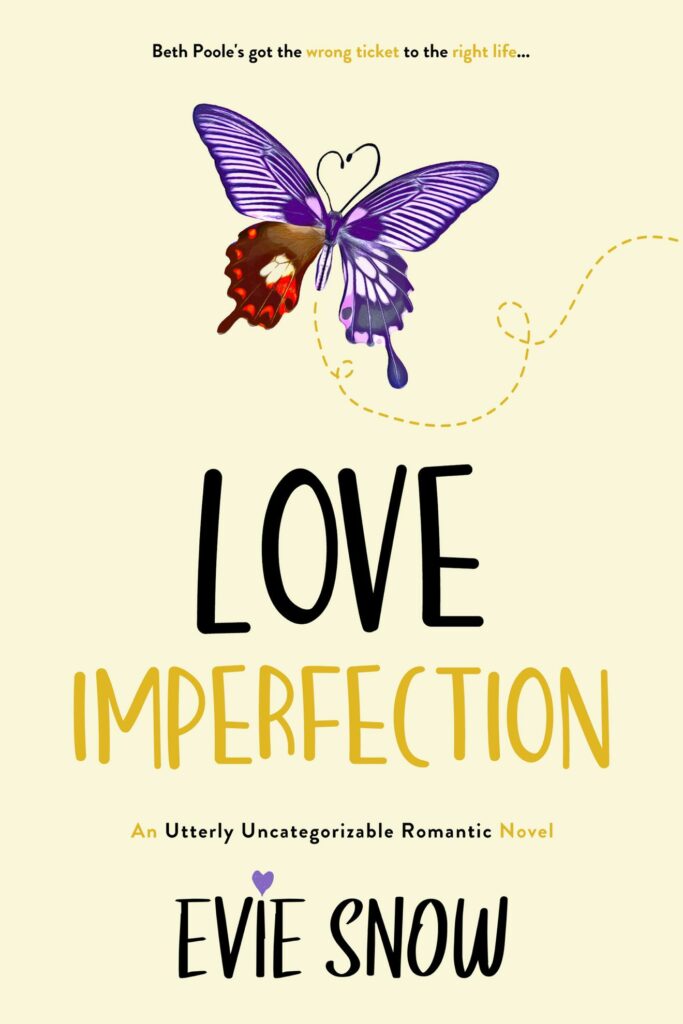 Beth Poole’s got the wrong ticket to the right life…

English dog trainer Beth Poole is having trouble getting her life back together after beating a life-threatening illness and divorcing her husband. When her Aussie-soap-obsessed grandma sends her to Australia to recover, it seems a great opportunity for some rest and relaxation while she figures out what's next.

But when Beth arrives in Australia things get off to a rocky start. To begin with, she's on the wrong coast and there are deadly creatures everywhere. And if that weren't enough, her neighbors are driving her crazy. She's staying in the beautiful Margaret River wine region, right next door to a family-owned vineyard. It should be perfect, but the boisterous Hardy clan just don't seem able to leave her alone. The usually reserved Beth is soon reluctantly embroiled in their family disputes and romantic entanglements. And eldest son Clayton Hardy is proving surprisingly persistent.

The more Beth gets to know Clayton, the more she sees what she wants for her future. But as the end of summer approaches, her past comes back to haunt her and tests her newfound relationship with Clayton to the limit.

“Do you . . . do you want to come in for another bad coffee?” she asked abruptly, her voice uncharacteristically loud in the night silence.

“Ah. Beth. Normally yeah, but I have to get back to help clean up,” Clayton replied gruffly, appearing genuinely regretful. “I’d love to but—”

“It would be the euphemism sort,” Beth blurted, her voice still unnaturally loud. “Sex coffee. No, sex not coffee. Hopefully not bad.”

“Sex?” The word was a sort of squeak. “There’s, ah, there’s something I want to talk to you about first, but after that . . . if you still want to, definitely sex.” The painful heat of embarrassment burned a fiery trail from her toes to the roots of her hair. It burned even hotter when Clayton didn’t reply. Silence filled the car while he stared at her in the dark.

“Or we could just have bad coffee?” she amended weakly.

Clayton cleared his throat loudly. “No. No. Sex would be great.”

“Oh. Really? Alright. Good.” She quickly opened her door before Clayton could do it for her and scrambled out of the Jeep. She didn’t want to be that close to him yet. Not until they’d talked about things. Without looking back she scampered around the cottage and frantically searched in her handbag for her key, only managing to get the door open and the lights on when two large warm hands firmly grasped her hips from behind.

Evie Snow is the pen name for a globe-trotting writing team comprising of Georgina (George) Penney and Tony (The Kraken) Johnson.

George does the actual writing and reads far too many books. In the past, she was well on the way to a contemporary history PhD when moving to Saudi Arabia re-introduced her to a love of writing fiction.

Tony manages plot wrangling and is in charge of caffeine distribution. He once spent twenty years working globally as a petroleum engineer and found the oil industry to be far stranger than fiction.

Together, George and Tony have lived in a bunch of countries including Australia, Saudi Arabia, Bahrain, Brunei Darussalam and Scotland. They’re currently on a world-traveling adventure, writing books, seeing all the sights, eating all the food and patting as many critters as possible.