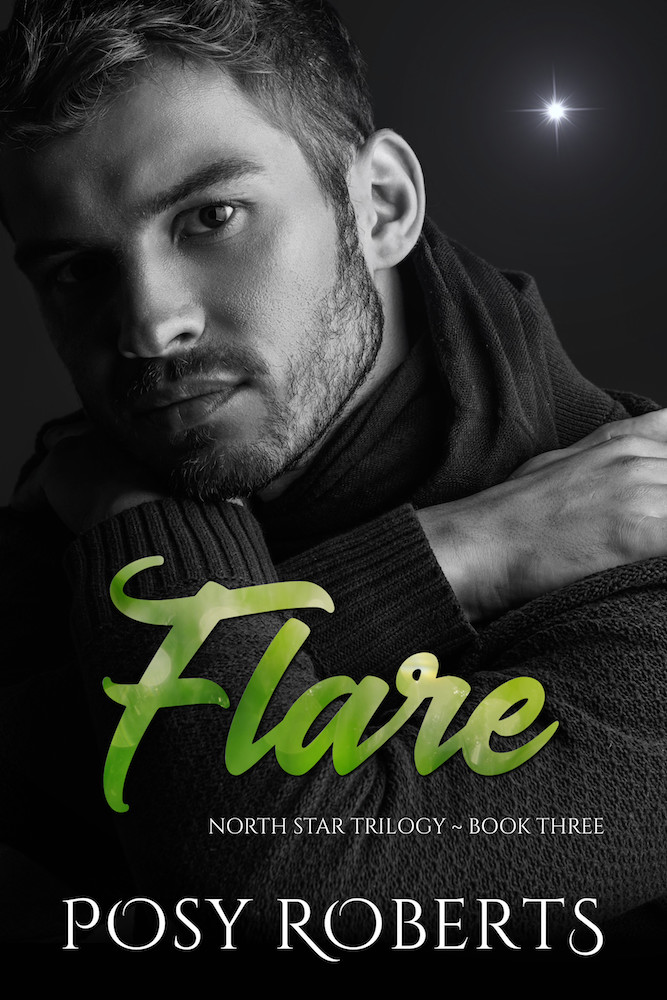 After tremendous loss, Hugo and Kevin seek stability for themselves and the kids. They never expected family and friends to toss obstacles in the way of their happily ever after.

Love and family to fight for.

Hugo and Kevin strive to put their lives back together after tragedy, doing everything in their power to create a stable life. Hugo’s acting career is back on track, and Kevin hires a nanny to help with the kids as they discover their new normal. But when Erin’s parents seek full custody of Brooke and Finn, that stability is shattered.

With Hugo working in LA or New York, the distance from his new family gets to him. At home, the nanny’s hands-on approach leaves Hugo feeling pushed out, so he leaves his beloved apartment and eclectic neighborhood behind to move in with Kevin.

Hugo has a hard time fitting in with the suburbanites with Kevin’s passive-aggressive “friends” making Hugo feel anything but welcome. As the custody case heads to mediation, Brooke is bullied about having two dads, and Hugo realizes his mere presence might be doing more harm than good.

Hugo must decide to stay and fight for his family or leave and let them live in peace. 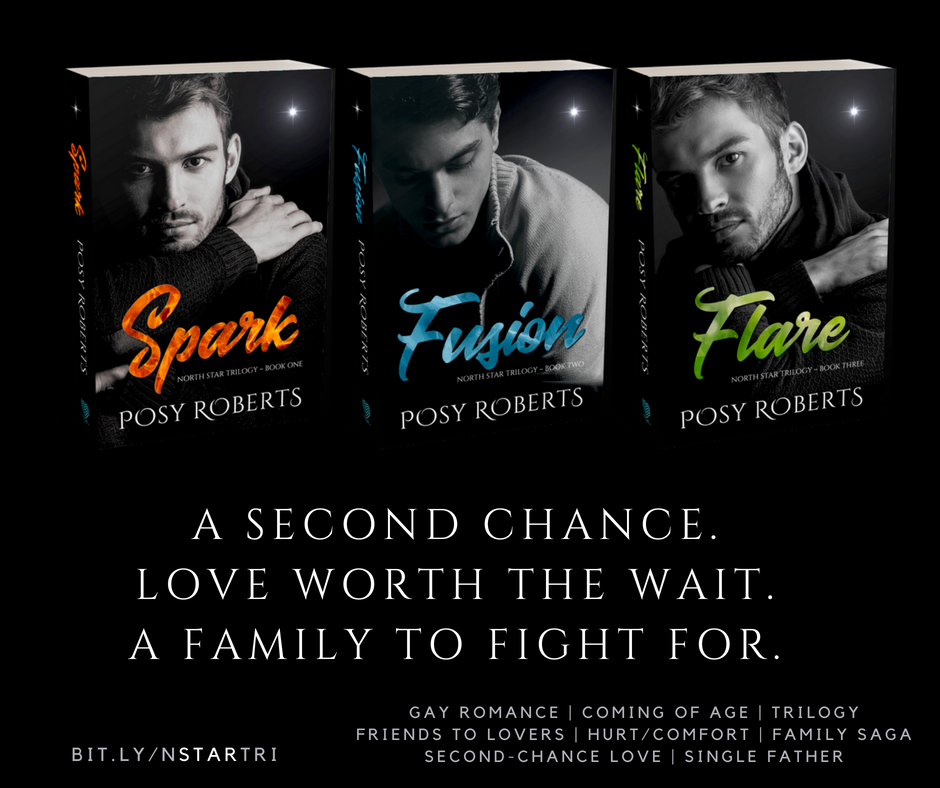 To say Kevin was pissed was an understatement. He was well into the realm of seething. Enraged. Hell, foaming at the mouth might’ve been a better description.

Hugo did everything in his power to ooze calm, to appear unruffled, and to concentrate as he read through the legal documents.

Kevin barely scanned the papers before handing them over with shaking hands, saying, “Please tell me these aren’t saying what I think they are.”

Unfortunately, the papers lacked details they both wanted, so Hugo was unsure how to respond.

Why would they do this?

Kevin’s in-laws wanted custody of the kids. And not temporarily, but until Brooke and Finn turned eighteen. So, Kyle and Tasha Clarke, Kevin’s late wife’s parents, wanted to take his kids away from him.

“It says here the kids are experiencing harm.” Hugo pointed to a paragraph. “Well, Finn in particular. I don’t get why they say that. Finn’s doing great now.” As great as a six-year-old could months after losing his mom to a horrific battle with brain cancer.

He’d had the hardest time of anyone, at least when looking from the outside in. Finn wore his emotions on his sleeve, especially compared to his eleven-year-old sister. Brooke kept all sorts of feelings bottled up, but that didn’t mean she wasn’t grieving. That was just her way.

What did the Clarkes expect after the kids lost their mom? Sunshine and unicorns? Did they expect that loss wouldn’t have long-lasting effects? They were in the depths of mourning, and that didn’t wash off the day after the funeral or the week after, and certainly not just three months after. But the kids had made great strides in therapy and were now open about their feelings.

“Oh, Christ.” Kevin gripped his hair in ferocious panic, eyes flashing. “I know exactly what this is.”

Witnessing Kevin so out of sorts frightened Hugo. He always handled problems with reserved calm.

Kevin untangled his fingers from blond hair that had grown back thicker and shinier after their solidarity shave when Erin lost her hair. Kevin’s new emotion looked a lot like guilt.

“When I took them up to Fargo last month, Finn had one of his awful meltdowns.” Kevin paced between the living room and the kitchen. Hugo saw him thinking.

Finn’s meltdowns started not long after Erin died, along with nightmares and bed-wetting. Brooke had nightmares too. For a very long time, Kevin’s bed was filled with not only Hugo, but also Brooke and Finn trying to fall back asleep. The dog too. It was a good thing Kevin had a California King; they were still squished, but they made do. The kids needed them.

The entire house was in mourning. Erin died at the end of February, and it wasn’t until now, as the school year finished and summer started, that everyone got on the right track again. Sort of. At least they were no longer reeling in pain they couldn’t comprehend.

The knock on Kevin’s front door that morning was like a bucket of ice-cold water dragging them back into the gloom they’d worked tirelessly to crawl away from. They’d done everything in their power for the past nine months to be honest with Kevin’s kids while still protecting them.

It was fucking hard.

In the kitchen, Hugo poured kibble into Lulu’s bowl as Kevin hit Start on the coffeemaker, grabbed the cream, and pulled down two mugs. Kevin leaned against the counter.

“I don’t even know what set him off,” Kevin said, “but Finn was in the family room with Kyle and Tasha. I was playing a game with Brooke in the kitchen. He screamed. When I ran in, Kyle was about to hit him. Instinct took over, and I did what we always do when he loses it; I held him in a bear hug and talked until he calmed down.”

“That’s it? You think that’s why they’re trying to take your kids away, cuz you helped Finn come back to center?” Hugo asked in disbelief.

“I can’t think what else it would be.” Kevin finally took a deep breath.

If the bear hug was it, no judge in their right mind would take the kids away based on a therapist-approved calming technique.

“Tasha said I was upsetting him more, but I told her the bear hug settled him.”

“But Kyle was about to hit him? Like, slap him or what?” Hugo asked.

“Probably. I’m not sure. I was focused on Finn, but it didn’t look good.”

“Did you ever find out what set him off?”

“Nothing specific, but after that, Finn wanted to go home. He was nervous. What did they say to him? He only has those meltdowns when he feels helpless. Maybe he’d be willing to talk more about it now. He sure as heck wasn’t then. I haven’t asked for at least a week.”

It was Saturday, so they’d have to wait until Monday to talk to Kevin’s lawyer about the papers, which was frustrating as hell. They discussed calling the Clarkes, but considering there were legal papers in hand, that wasn’t prudent. Let the lawyer handle it because he understood the law, they both agreed.

“Are you sure you can’t just call your lawyer at home?” Hugo tried. “Or do you have lawyer friends? There’s got to be something you can do.”

“Mark would probably be fine if I called him at home if it were an emergency, but this isn’t.”

Hugo rested his palm in the center of Kevin’s chest. His heart thundered, and when Hugo looked up into his gray eyes, there were tears. Kevin so rarely cried, only if he felt out of control. Sliding a hand to his neck, Hugo teased the downy skin behind his ear where it met up with blond hair.

“Do they know?” Kevin’s voice tightened. “Do they have any clue how hard these last months have been on the kids? What we’ve done to make life better for them?” He answered his own questions with a shake of his head. “They left after the funeral and barely talked to my kids since. Their own grandkids. They’re mourning the loss too. I get that. But I thought our visit up there went well, except that one thing. Gah! I didn’t go there soon enough.”

“Don’t second-guess yourself. Call Mark. He knows custody law. He can answer questions you don’t even know to ask.”

Kevin grabbed his phone and picked up his pacing again as he waited for his lawyer to answer.

Posy Roberts started reading romance when she was young, sneaking peeks at adult books long before she should’ve. Textbooks eventually replaced the novels, and for years she existed without reading for fun. When she finally picked up a romance two decades later, it was like slipping on a soft hoodie . . . that didn’t quite fit like it used to. She wanted something more.

She wanted to read about men falling in love with each other. She wanted to explore beyond the happily ever after and see characters navigate the unpredictability of life. So Posy sat down at her keyboard to write the books she wanted to read.

Her stories have been USA Today’s Happily Ever After Must-Reads and Rainbow Award finalists. When she’s not writing, she’s spending time with her family and friends and doing anything possible to get out of grocery shopping and cooking. 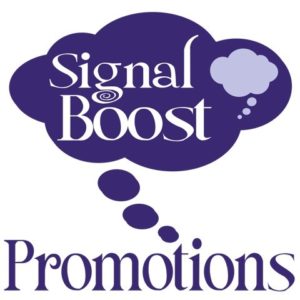 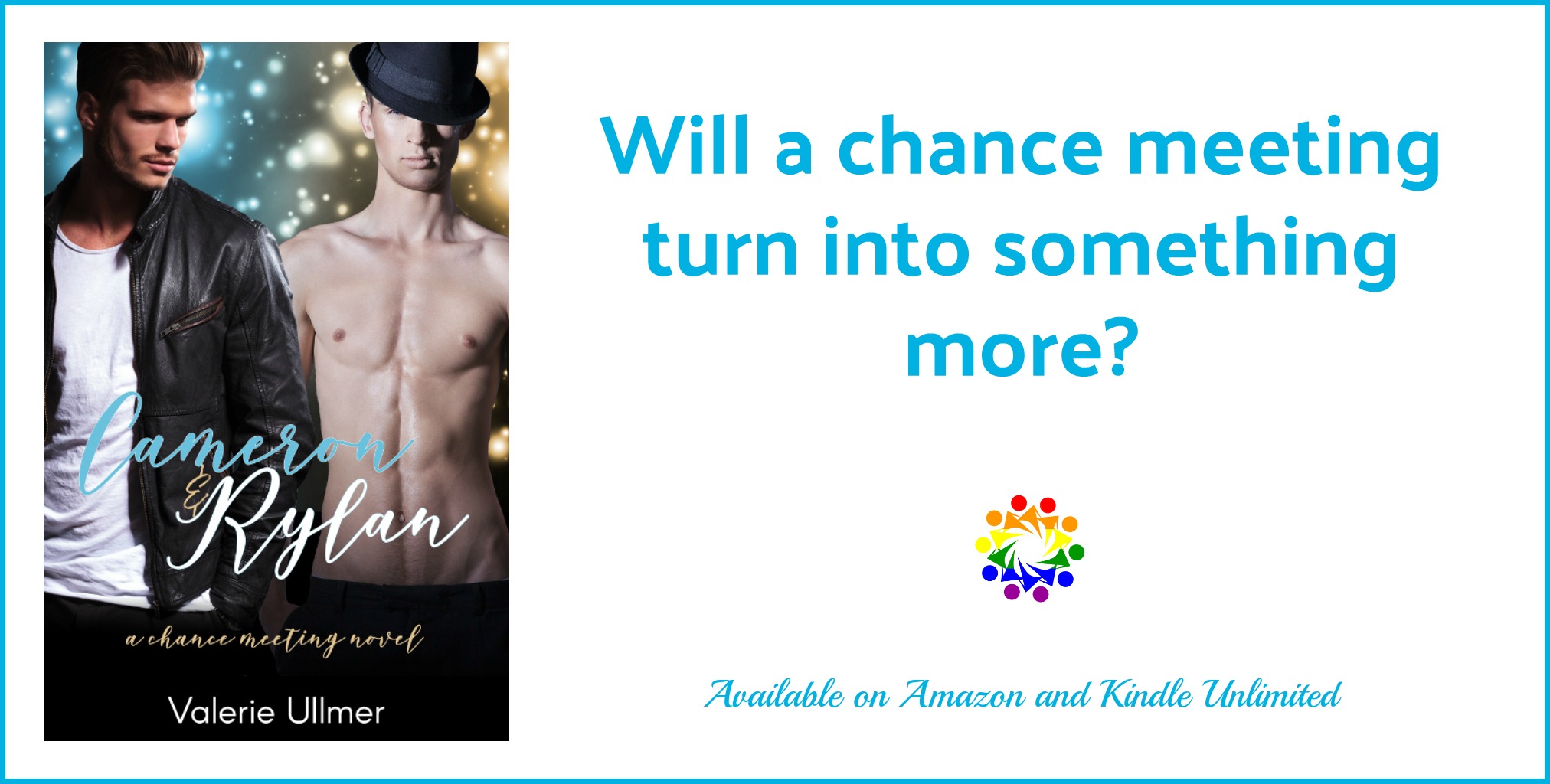 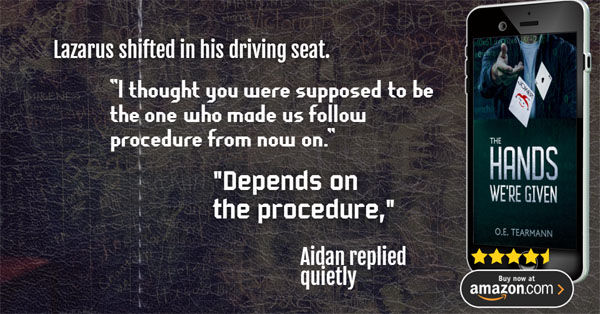