Were Enzo and Florian truly meant to get a second chance or were they doomed from the start? 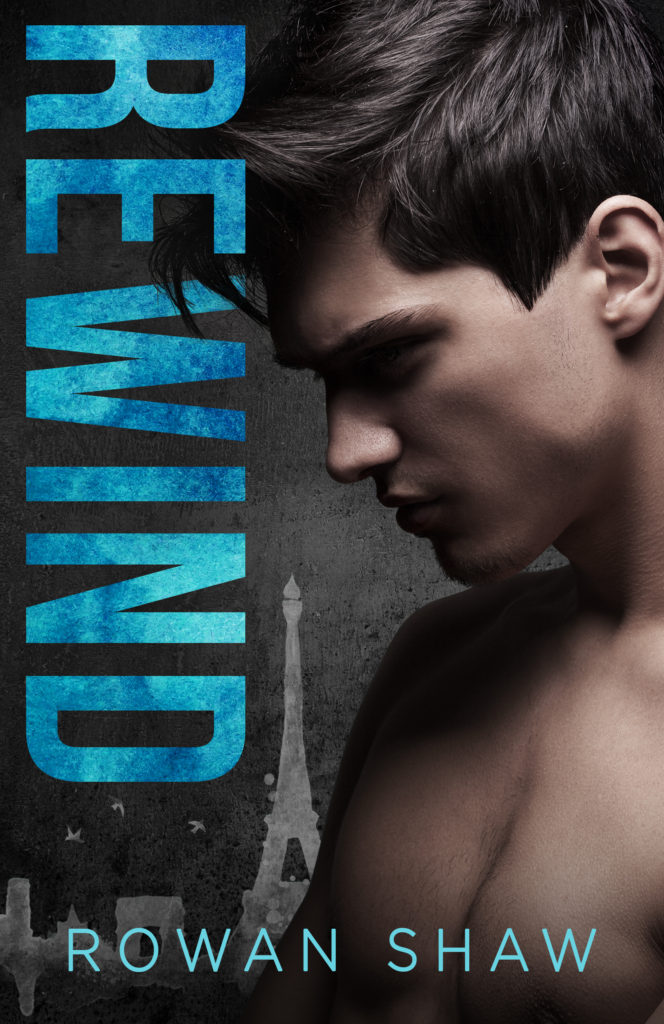 The day Enzo Chevalier lost his hearing, everything changed. Forced to rebuild his future and fight for his dreams, Enzo refused to let anything take him down...until the man of his life walked out on him and shattered his heart.

Florian Beaudry had his whole life figured out. His business was flourishing and everything was settling down at last. Or so he believed...until he walked in on his girlfriend and best friend.

Were they truly meant to get a second chance or were they doomed from the start?

REWIND is an MM romance novel set entirely in France. Though part of a series, it is a standalone story without a cliffhanger.

I stared at Enzo, unsure what to do or how to react. I hadn't seen him in such a long time. When I smiled at him, the deep scar on his left cheek carved into his skin as he replied with a grin of his own, along with a shy wave. I gaped like a moron. He was even more breathtaking than he used to be, taller and stronger too.

My eyes caught on the gorgeous male with his arm around Enzo's shoulders. Something inside me sank. I could either be a coward and ignore Enzo, or I could be the bigger person and ask him to join me for a drink—even if that meant watching him flirt with that hot guy all evening.

Enzo was staring back at me without moving, so I took that as my cue to beckon him forward. The man next to him raised a questioning eyebrow, but Enzo signed at him, explaining I was someone he used to know in high school. The guy crinkled his forehead and glared at me with eyes so green, I couldn't help but stare. Even their hypnotizing tint wouldn't soften the warning in his glower.

Enzo chuckled at the guy's reaction and grabbed his hand, leading him toward me.

I had also forgotten how beautiful he was when he laughed. Even in my fondest memories, he had never looked as good as he did now. The scar on his face only heightened his splendor, especially since I knew what it represented. I tried hard not to gawk, but it felt so good to see him again and get confirmation he was well.

Enzo kept smiling at me shyly, but before he could reach my level, the other guy stood in the way.

"Florian, is that it?" he asked with a hint of hostility.

I held out my hand to shake his, but he snubbed me, leaning forward instead, blocking Enzo's view. "I don't remember Enzo telling me about any friends in high school. If anything, I only remember him talking about his bullies."

I clenched my teeth at the threat under his tone. "I'm not going to hurt him if that's what you're implying."

Rowan Shaw is a human being from Planet Earth (originally from the country of France). She's also the queer author of Rewind, an MM romance series set entirely in her home country.

Addicted to reading and writing, Rowan can usually be found with a book in her hands or sitting in front of her computer typing some kind of story while listening to music from the 80s.

Click HERE to enter the Rafflecopter Giveaway for a chance to win a $20 Amazon.com gift card!

The Play of His Life, Teaser #3