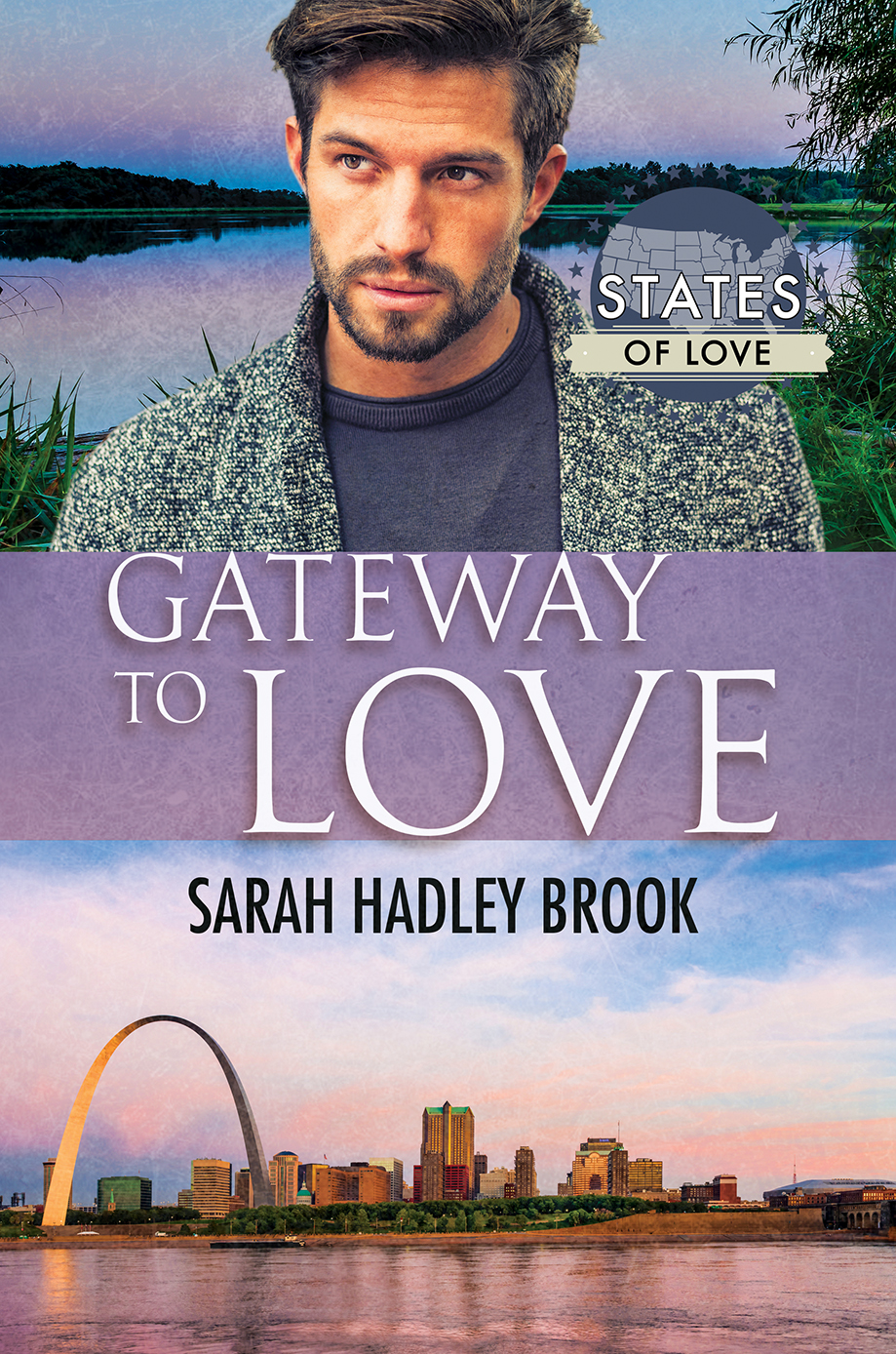 Ten days to finally make the leap from friends to lovers….

Craig and Mitchell have been friends for years, but each of them reached a point where that camaraderie became… more. Mitchell’s kept his feelings close to his chest. So has Craig, but now that they’ve graduated from UMKC, he knows it’s his last chance to show Mitchell they’re meant to be before their careers take them to opposite sides of the country.

He insists they can’t leave Missouri behind without one last adventure. Mitchell agrees to a road trip to visit all the touristy spots and say goodbye to their home state.

As they spend their days and nights together, buried feelings rise to the surface and hope blossoms. When their journey ends with a dance beneath the Branson stars, will they find love and a future together at the end of the road?

THE SOUND of a horn jolted Mitch from a sound sleep, and he blinked his eyes for a moment, staring out the window at the busy highway.

“Sorry. Some idiot guy almost hit us. I had to lay on the horn,” Craig explained.

Mitch straightened himself in his seat and rubbed his eyes. “No worries. Sorry I fell asleep.”

Craig grinned at him. “You should be. I’ve had to listen to your snoring for almost two hours.”

“Hey, I don’t snore. You do, but I don’t,” Mitch said emphatically.

Craig snorted. “Whatever. I can hear you through the wall at night.”

“I don’t snore,” Mitch reiterated, and frowned when Craig chuckled. Then he started feeling bad about sleeping so long. “Want me to take a turn at the wheel?”

“Nah. Maybe when we stop for lunch? Although, we’ll probably be in Hannibal before then. We’ve only got about an hour and forty-five minutes left, give or take.”

Mitch nodded and checked his phone, but he couldn’t help watching his best friend out of the corner of his eye. Even after knowing him for four years, Mitch was still blown away by the reaction he felt whenever he looked at Craig. He’d certainly never forgotten the first day they met. It was imprinted on his brain forever.

That first day at Longview Community College had been brutal. He’d had to spend two hours in the admissions office because when he’d shown up for his first class, the professor didn’t have him listed. By the time his schedule was corrected, he’d missed two classes and was nearly late to his third.

He’d slid into an empty seat near the door just as the teacher turned around from the whiteboard. Someone next to him giggled and he glanced over to see the cutest boy he’d ever laid eyes on. Mitch had felt dumbstruck as his cheeks heated in reaction.

“Close call,” the kid had whispered with a nod toward the teacher. “I heard she doesn’t put up with latecomers.”

Mitch pulled himself together and smiled.

It wasn’t until class was over that they were able to talk.

“I’m Mitchell Moon,” he’d offered, as the guy rose from his desk. “Everyone calls me Mitch, though.”

Craig had beamed at him, his blue eyes sparkling a little as he leaned down until their faces were only inches apart. “Hi, Mitchell,” he said with a wink. “My name’s Craig Pruitt.”

And that was that—they became instant friends, bonding over video games, movies, and their love of Star Trek. It was the kind of friendship only found once in a lifetime. Mitch had come out to Craig within the first week of meeting him and his friend hadn’t even blinked.

There was only one problem with their friendship—Mitch had never been able to shake the attraction he felt for Craig. And over the years, as they earned their associate’s degrees from Longview and moved on to UMKC, their bond grew and his feelings for Craig only strengthened.

When Craig had confided in him that he thought he was bisexual their sophomore year, Mitch’s hopes had been raised, but by that time he was firmly planted in the friend zone. So he did what a best friend should—he supported Craig as he came to terms with things and accepted who he was. He’d admitted that he’d had a crush on a guy in high school, but it ran its course and he never acted on it. As far as Mitch knew, Craig had only dated two guys since then, nothing panning out toward a full-time relationship, though. But he’d had his share of casual hookups with men. Craig had gone a little wild when he’d first come out as bisexual, but had calmed down over the years. In fact, Mitch couldn’t remember him even going on a date during their senior year.

He’d seen the types of men Craig seemed to be attracted to, and they were nothing like Mitch, so he’d tucked his feelings away again and told himself not to go there anymore. It was an ongoing internal battle, but most of the time, he had a handle on it.

This last year of college, they’d found a cheap two-bedroom apartment near campus and moved in that summer. Sharing a small space with the man of his dreams had been hard. Especially when Craig often walked around their place wearing only a pair of boxers.

Mitch was honest enough to admit he’d fantasized about Craig too many times to count and would probably continue to do so long after he’d moved. Maybe that’s how it always was with a first love or major crush.

In his heart, he knew being apart would be good for them. Well, at least it would be for Mitch. Maybe he could finally go out with someone without constantly comparing him to Craig. But in the meantime, he continued to fight the attraction. The desire. The love. Because that’s what it had turned into. Love. Over the years, the longing, the emotional connection he felt with Craig, it had all turned to love. He wasn’t even sure when it had happened, but there was no denying Mitch was in love with his best friend.

And just when he was close to being free, there they were. One last hurrah before moving out of state. One last adventure with Craig.

What was he going to do without him? He turned to stare out the window, his eyes blind to the passing scenery. All he could see was a future without Craig, and it was shrouded in gray. Mitch was so tired of fighting his feelings. He chuckled to himself. He was the stereotypical guy in love with his best friend. He knew it was useless, but if Craig had asked him to go to California with him, Mitch would have dropped everything and followed him out west. He knew how pathetic that sounded, but when it came to Craig, Mitch didn’t care what others might think.

About an hour later, Craig pulled over to a gas station to fuel up and grab some snacks. Mitch used the disgusting bathroom, holding his breath as he did his business, quickly washed up, and made his way into the convenience store.

Craig was at the counter paying and held up a bag of items.

“I’m just going to get a drink,” Mitch told him as he walked past Craig. His friend grabbed his arm, wrapping his fingers around his wrist.

“I already got you your Dr Pepper,” he told Mitch with a smile. “And your Kit Kat.”

Mitch wanted to respond. Wanted to say thank you. But all he could do was revel in the sensation of Craig’s touch. Electricity prickled his skin, skittering through him.

“Sorry. Just… forgot what I was going to say,” he lied, knowing he sounded lame. He noticed Craig hadn’t let go of his wrist and raised his eyes to meet his friend’s gaze. Mitch was surprised at the intensity. The large black pupils. The flushed cheeks. “I-I’m… fine. Thanks for grabbing some things for me.”

Craig studied him, looking like he wanted to say something, but finally let Mitch go and they walked back out to the car and settled in.

Mitch tried to tamp down his excitement, but it was difficult. He’d always wanted to visit Hannibal. He’d read all of Mark Twain’s stories, and knowing he was from Missouri had encouraged him when he’d dreamed about becoming a writer.

Graduating with a Bachelor of Arts in English had put him closer to that dream. Being hired to work on a grassroots website devoted to getting people registered to vote had been exciting and he was looking forward to starting next month. He was less excited about the magazine internship. West Virginia tourism was definitely not something he remotely cared about. He’d only taken it because his sister, Samantha, lived in West Virginia, where the magazine was headquartered, and she had helped him get the interview. Plus he could stay with her until he got a feel for the area. Samantha was also providing him with apartment information, so he would have several to check out when he moved.

The magazine hadn’t been in his original plans. He’d wanted to stay in Kansas City after graduation and work on his writing. His dream was to become a published author. Mitch lived to write, creating fantasy worlds and bringing characters to life. Over the years, he’d managed to put some money away, through his work at the coffee shop. Add what he’d been given as graduation gifts from his mother, his sister, and various relatives, and he was confident he could afford to give the writing thing a try for a while—as long as he had a roommate and a part-time job.

When Craig announced he’d taken a job in California, working for a nonprofit that helped homeless teens, Mitch’s plans took a nosedive. While he’d been proud of Craig, the idea of staying in Kansas City without him was depressing. If he was going to start a new chapter in his life and really get over Craig, staying where he’d be constantly reminded of their times together was out of the question. Writing would have to take a back seat to making a living. Mitch was trying to be an adult and make responsible choices—decisions that would help him move forward.

Maybe a new start in a new city would help him finally find a man that he could be in a real relationship with.

He just had to survive this trip without telling his best friend the truth he’d hidden for years. 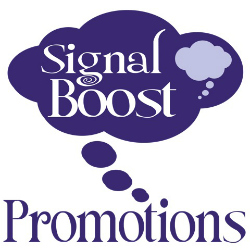