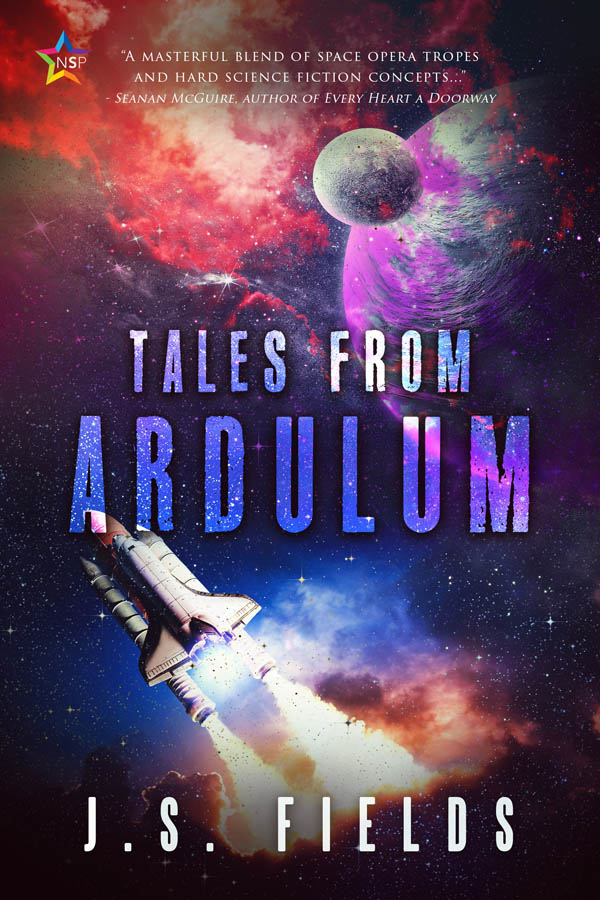 Series: Ardulum #4 (but most of the book is a prequel)

Buy it: NineStar Press | Amazon US

One year after saving the Neek homeworld and redefining the people’s religion, the crew of the Scarlet Lucidity returns to the Charted Systems for a much-needed break. For Nicholas and Yorden, the Systems will always be home, but for Emn and Atalant, too many memories compound with Emn’s strange new illness to provide much relaxation.

TALES FROM ARDULUM continues the journey of Atalant, Emn, Yorden, Nicholas, and Salice as they try to define their place in a galaxy that no longer needs them while battling the artifacts of Ardulan colonization. Other stories include Yorden’s acquisition of the Mercy’s Pledge (and his grudge against the galaxy), Atalant’s exile from her homeworld, Ekimet and Savath’s romance, and many others.

The ARDULUM series blends space opera and hard science into a story about two women persistently bound to their past, and a sentient planet determined to shape their future.

“She is nothing, anymore,” the president responded. “She is Exile.”

“You can’t!” Neek burst towards the door just as it slammed closed. She rebounded and fell back to the floor, her tailbone taking the brunt of the fall. The ship’s engines began to whine, and the floor jostled as the craft left the surface.

Neek ran to the controls and slammed her hands on the stuk interface. Through the viewscreen, she saw capital buildings, the Ardulan Temple, and then treetops as the skiff left the city and moved to the suburbs. She tapped command after command into the computer, but each try brought an angry beep and no change in course. The ship was on autopilot and password locked. She had no control.

Neek swallowed, trying to ease the ache in her throat. Wherever they stashed her, she would find a comm. She would smuggle out handwritten messages if she had to. She wasn’t going to give up. That she had lost the robes, lost the Guard…she could mourn that in time. Saving the forests, that was her job. Helping her people move beyond Ardulum so they could truly participate in the Charted Systems, that was why she did all this, right? That she loved piloting was just a bonus.

A low tremble went through the ship. Neek had never felt a skiff do that before. Had she lucked out? Was it malfunctioning? Neek sent another query to the computer. The ship was…

Neek blinked. It couldn’t be.

The ship was going up.

Neek frantically queried the computer. The viewscreen still showed treetops, but that silo in the distance…that had been there the first time she’d looked. It had seemed closer for a while, but now, she realized as she squinted, it was far away again. She was watching a prerecorded loop!

“No!” The skiff was clearly going up. Neek’s ears were popping, and there was a funny feeling in her gut. Her planet’s skiffs were not designed to leave even the lower atmosphere. Only settees could do that, and this was no settee. Whatever the president’s engineers had done to make it spaceworthy, it hadn’t been nearly enough.

Neek threw commands at the computer. Land. Coast. Glide. STOP.Each returned with a ping and the perpetual image of treetops. He couldn’t do this. He had no right to do this! What in Ardulum’s name was the president thinking? Neek pounded at the controls, and the recorded loop fuzzed out to reveal space. Endless space.

Text scrolled across the computer screen:

Neek screamed. She kicked the console, her boot denting the cheap biometal. The Neek did not leave their planet. They did not live on space stations or strange worlds. They stayed put, to wait for Ardulum’s return. And she…she was meant to rotup here, in Neek space—rot while watching a planet she could see but never again touch. Rot while the Heaven Guard executed flawless formations in Neek’s upper atmosphere, ignoring her gold coffin spinning by. Rot while reading texts she’d had shoved down her throat since she was old enough to read—texts that were slowly destroying her planet.

She would never get her settee.

She was only nineteen years old, and she was going to die, alone, in space.

And there was nothing she could do. 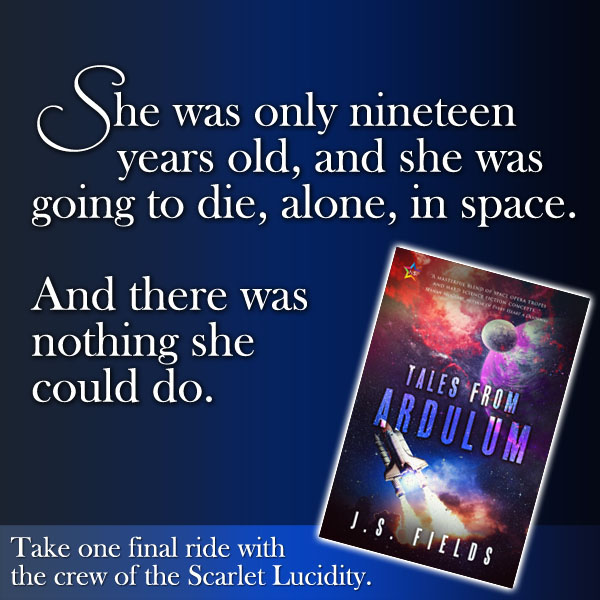 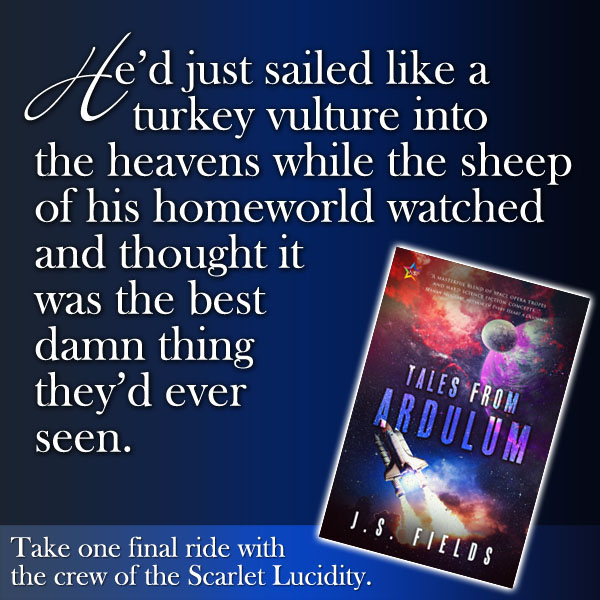 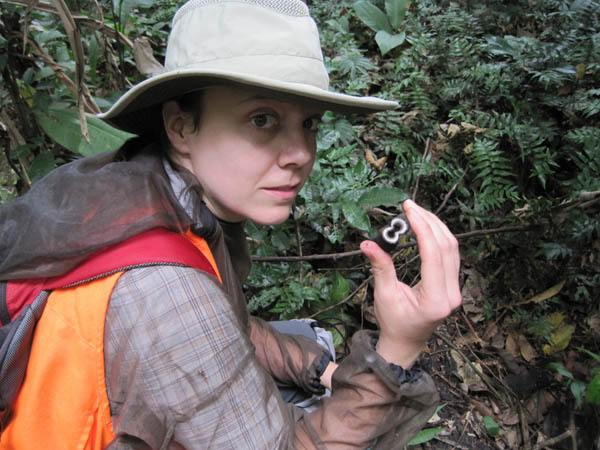 J.S. Fields (@Galactoglucoman) is a scientist who has perhaps spent too much time around organic solvents. She enjoys roller derby, woodturning, making chainmail by hand, and cultivating fungi in the backs of minivans. Nonbinary, but prefers female pronouns.

Fields has lived in Thailand, Ireland, Canada, USA, and spent extensive time in many more places. Her current research takes her to the Peruvian Amazon rainforest each summer, where she traumatizes students with machetes and tangarana ants while looking for rare pigmenting fungi. She lives with her partner and child, and a very fabulous lionhead rabbit named Merlin.

J.S. Fields is giving away four prizes with this tour: a collectible soft enamel pin of the Mercy's Pledge (2), and a high res version of one of the interior illustrations (their choice, pick from Yorden, Nick, Emn, or Atalant) (2). Enter via Rafflecopter: 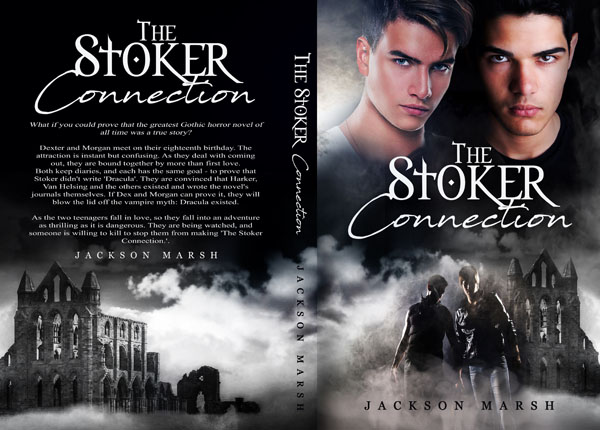