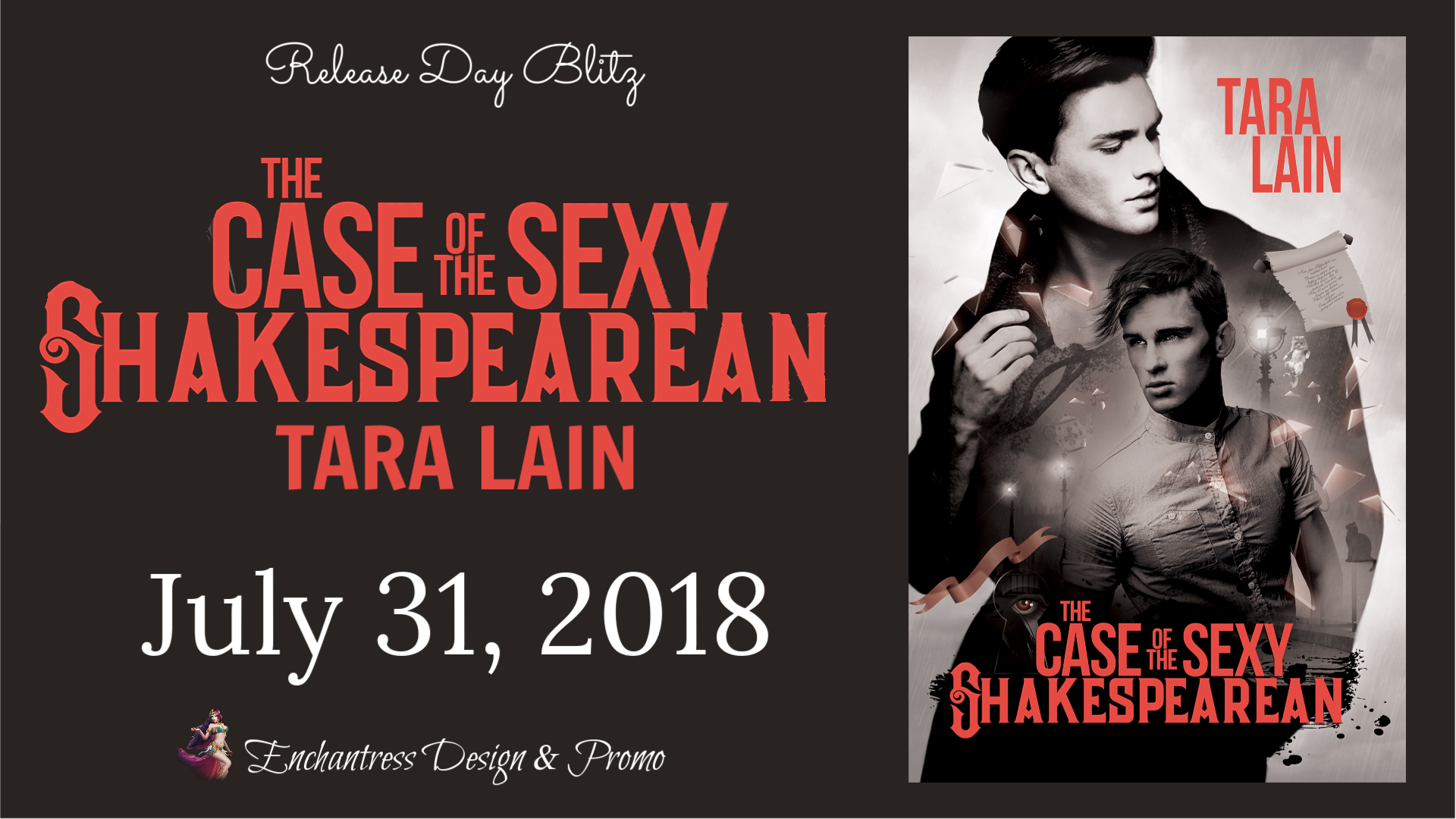 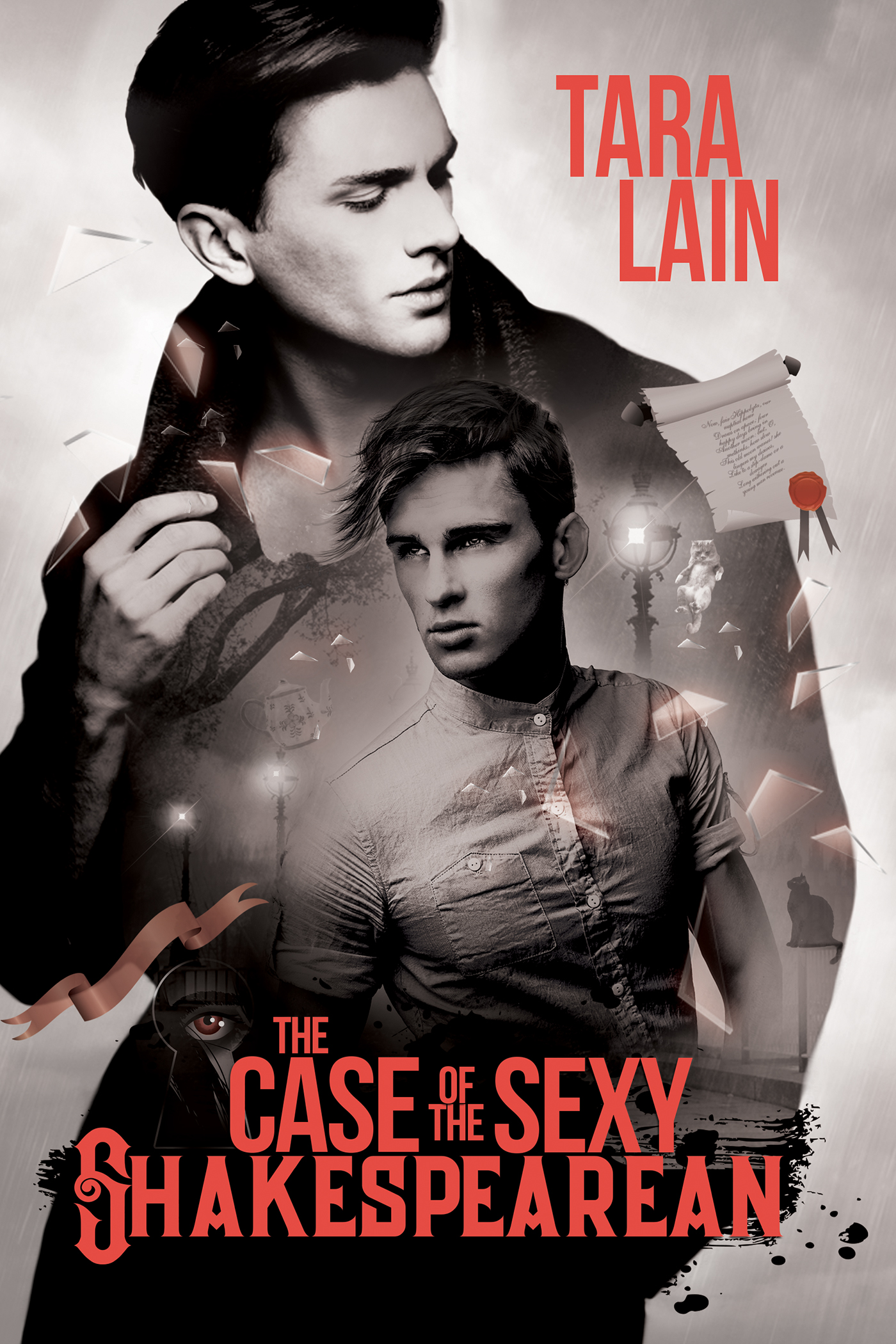 Title: The Case of the Sexy Shakespearean

Dr. Llewellyn Lewis leads a double life, as both an awkward but distinguished history professor and the more flamboyant Ramon Rondell, infamous writer of sensational historical theories. It's Ramon who first sets eyes on a gorgeous young man dancing in a club, but Llewellyn who meets teaching assistant Blaise Arthur formally at an event held for wealthy socialite Anne de Vere, descendant of Edward de Vere, seventeenth Earl of Oxford-who some believe was the real Shakespeare. Anne wants Llewellyn to prove that claim, even though many have tried and failed. And she's willing to offer a hefty donation to the university if he succeeds.

It also means a chance for Llewellyn to get to know Blaise much better.

Not everyone thinks Llewellyn should take the case-or the money. Between feuding siblings, rival patrons, jealous colleagues, and greedy administrators, almost anyone could be trying to thwart his work... and one of them is willing to kill to do it.

When Anne de Vere turns up dead, the police believe Blaise is the murderer. Only the shy, stuttering professor who has won his heart can prove otherwise... 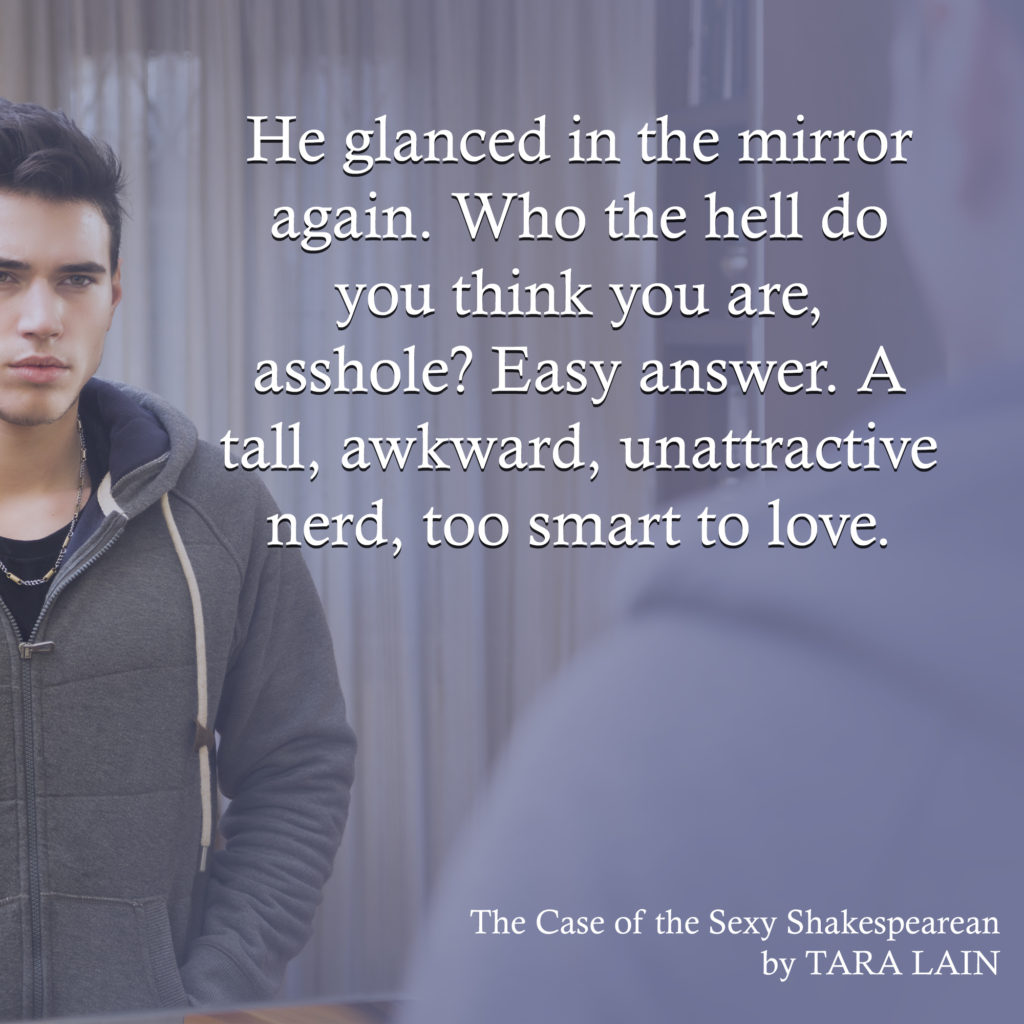 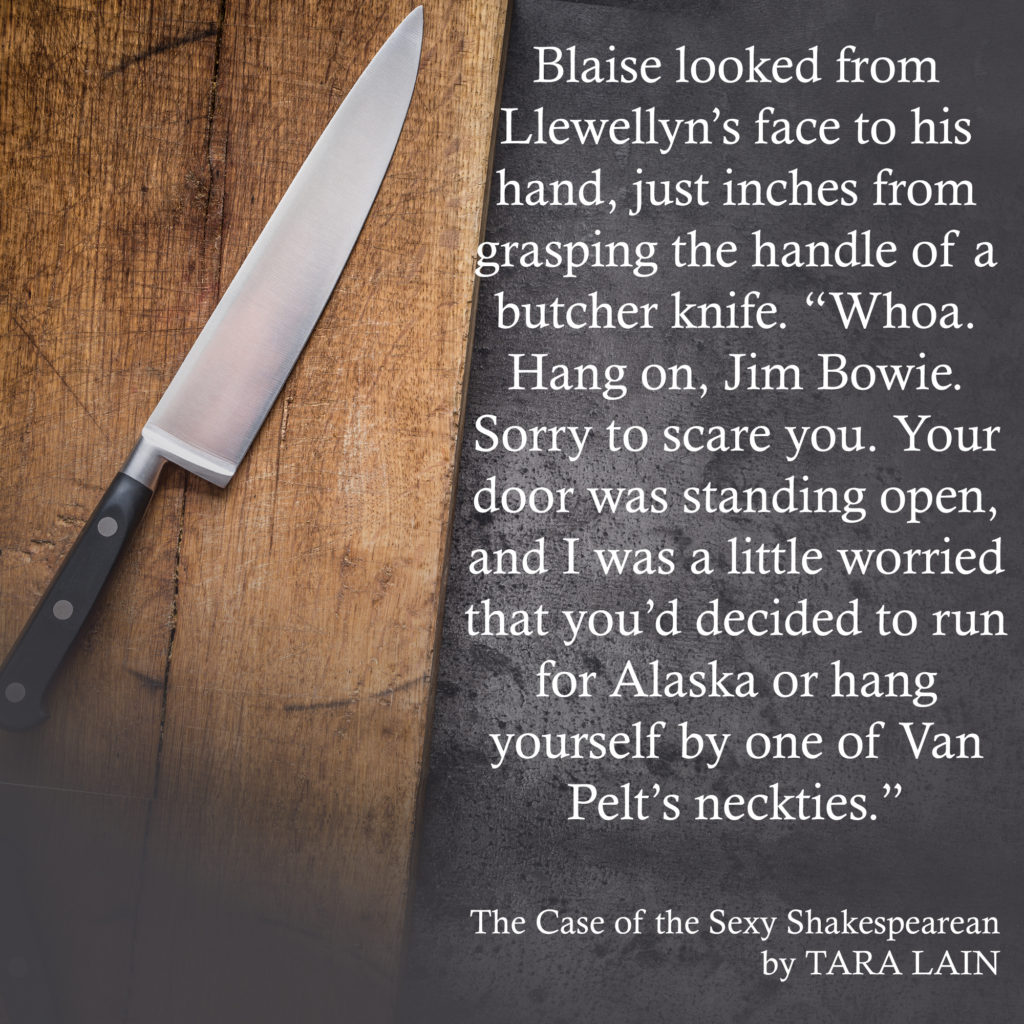 Blaise said, “I’m so sorry, Dr. Lewis. I just don’t have good sense sometimes. I never should have put you in such a terrible position. I apologize from my soul.”

“Yes, it is. I completely overstepped my bounds. I feel like I know you, and I acted inappropriately.”

Llewellyn took a breath. “Y-you tried to make me f-feel comfortable.” He spoke slowly and got most of the words out. He didn’t want Blaise to take the blame.

Blaise smiled softly. “Yes, I did.”

Anne stepped closer. “Please don’t go until I’ve had a chance to tell you why I came.”

He met her gaze, and his whole stomach clenched. No. No way. “I—I—”

“Please let me tell you. You must know that Edward de Vere, Earl of Oxford, is one of the people most often named as the true author of the works of Shakespeare.”

Blaise looked up at Llewellyn. “He is? I thought it was, like, Marlowe or Bacon.”

“No, no.” Anne waved a hand dismissively. “The Earl of Oxford has long been regarded as the most likely candidate to have written both the sonnets and the plays.”

“Yes, he’s one of the top candidates, if you believe such things.” The voice came from the sidewalk beside his car, and Llewellyn looked up to see George Stanley, Van Pelt, the Echevarrias, as well as the whole crew of dinner guests, with one or two defections, gathering there.

If I drive away, maybe I could just go to North Dakota and hide for the rest of my life? He swiped a hand over his face. Right, they love gay freaks there.

Anne frowned. “Not one of them, the most prominent among them, as I’m sure Dr. Lewis will agree.” He said nothing, and she didn’t seem to care. She was on a roll. “It’s been a dream of my family to investigate the earl’s position in this mystery for some time.”

I could run. Forget the car.

“That’s why I’ve sought out Dr. Lewis. He’s renowned throughout the world for uncovering new evidence in some of the great questions of history.” Her voice rang out like she was in a Shakespearean play herself. “That’s why I want him to prove beyond a doubt that my ancestor, Edward de Vere, the seventeenth Earl of Oxford, is the real author of the works of William Shakespeare.”

Llewellyn shook his head back and forth like a befuddled cow. “So many tr-tr-tried. C-can’t—”

She raised her voice even more. “And I’m prepared to present the university with a historical research grant of five million dollars in order to prove this claim. One million to go to Dr. Lewis and the rest for dedication of the history building to my ancestor, Edward de Vere.”

For a second the whole street—the whole world—went silent.

Then Van Pelt’s voice rang out. “Well, that sounds like one of the most exciting and worthwhile historical research undertakings I’ve ever heard.” 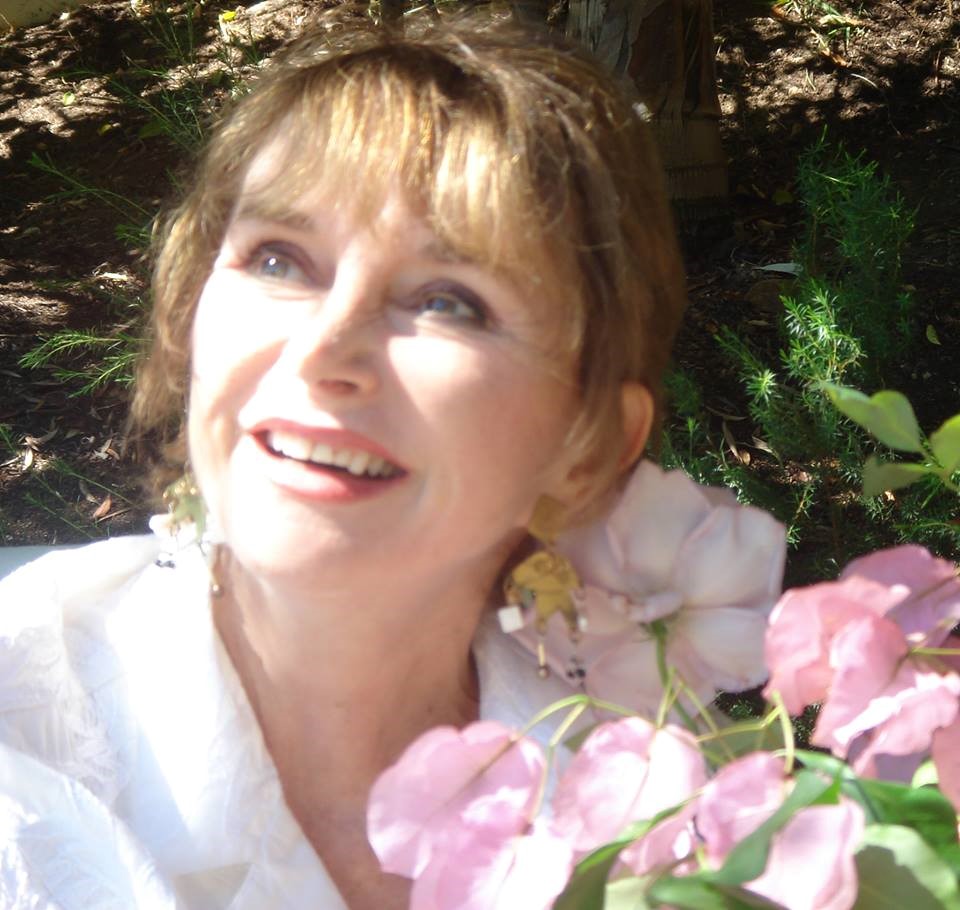 Tara Lain writes the Beautiful Boys of Romance in contemporary, paranormal, and suspense gay romance novels that star her unique, charismatic heroes. Her first novel was published in January of 2011 and she’s now somewhere around book 45. Her best-selling novels have garnered awards for Best Series, Best Contemporary Romance, Best Paranormal Romance, Best Ménage, Best LGBT Romance, Best Gay Characters, Book of the Year, Gay Romance of the Year, and she has been honored as Best Author of the Year. She often does workshops on both author promotion and writing craft. Tara, her soul-mate husband, and her soul-mate dog are recent transplants to Ashland, Oregon from the southern California coast where she has set many of her books. Passionate about diversity, justice, and new experiences, Tara says on her tombstone it will say “Yes”! 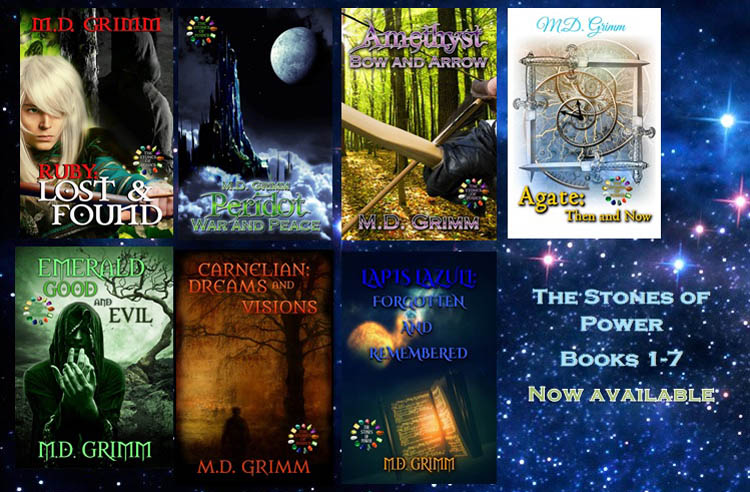