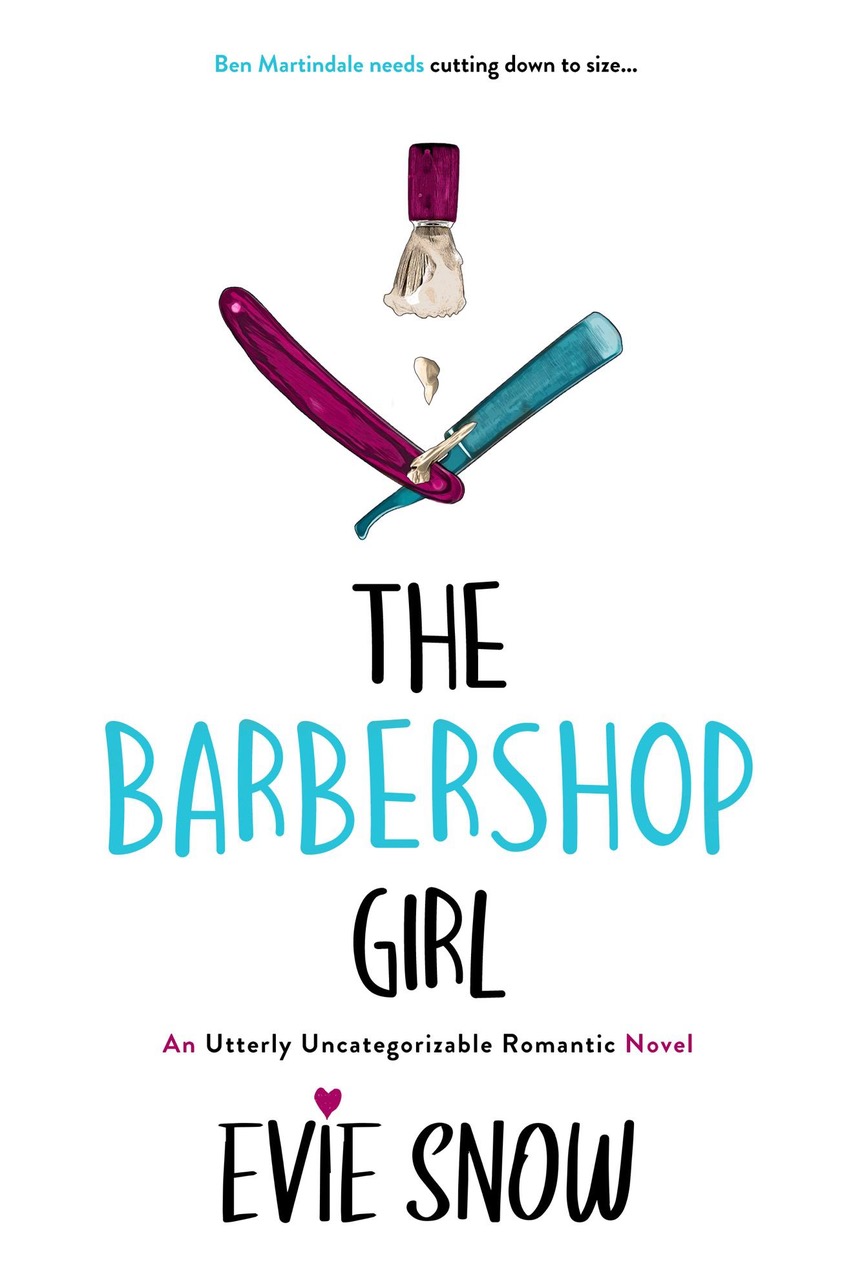 You don’t become a notorious British celebrity without rubbing a few people the wrong way, so writer and comedian Ben Martindale has decamped to Australia until the media frenzy surrounding his latest scandal dies down. When he meets Amy Blaine, a perky blonde barber who dresses like a 1950s pin-up girl, he knows he’s hit the comedy jackpot.

Amy Blaine is used to being underestimated because of her appearance. But she knows the dedication it takes to run her own business and to have survived a difficult childhood. She doesn’t need anyone to validate her choices. When she first meets Ben, all she sees is a rich Englishman looking for someone to ridicule, but before long he’s convinced her differently, barraging her with a charm offensive that’s impossible to resist.

Ben begins to fill his weekly London column with snarky observations about Amy’s house, style, troubled family members and dramatic employees. It doesn’t occur to him that Amy, who is slowly letting her guard down for the first time in her adult life, might just be a little bit upset when she finds out…

The Kewpie doll had curves—curves she’d wrapped up in an impossibly cute blue and white pinstriped dress last seen on a screaming teenager at an early Elvis concert. It curved down from a high boat-neck collar and capped sleeves to a tiny waist cinched with a blue ribbon tied in a bow before flaring out to a full circle skirt that fell just below the knee. Ben couldn’t be sure from the front, but he was almost positive she was wearing French stockings. Her dark-blue patent leather Mary Janes instantly kick-started a few naughty schoolgirl fantasies he hadn’t visited for a number of years.

“You look … fascinating.” He was aware that it might not be the most appropriate of compliments.

“Gee, thanks. You look nice too,” Amy replied pertly.

Ben was aware of Myf next to him, hiding a smile behind her coffee cup.

“Thank you, I do try, although I can’t possibly compare . . .” He looked Amy’s ensemble

up and down again, resting finally on the loose curls framing her face. She was wearing fuchsia lipstick, the same color she’d worn when he’d visited the barbershop on Monday. He was developing a penchant for fuchsia.

Evie Snow is the pen name for a globe-trotting writing team comprising of Georgina (George) Penney and Tony (The Kraken) Johnson.

George does the actual writing and reads far too many books. In the past, she was well on the way to a contemporary history PhD when moving to Saudi Arabia re-introduced her to a love of writing fiction.

Tony manages plot wrangling and is in charge of caffeine distribution. He once spent twenty years working globally as a petroleum engineer and found the oil industry to be far stranger than fiction.

Together, George and Tony have lived in a bunch of countries including Australia, Saudi Arabia, Bahrain, Brunei Darussalam and Scotland. They’re currently on a world-traveling adventure, writing books, seeing all the sights, eating all the food and patting as many critters as possible.

The Play of His Life, Teaser #3