Release Blitz & Giveaway: The Lady Is Trouble by Tracy Sumner

In the first in Tracy Sumner’s sizzling League of Lords historical series, mysticism in Victorian England is the setting for a captivating love affair . . .

He’s a viscount with a dark past who yearns for the one woman he can’t have. She’s rebellious, spurned by society and determined to change his mind.

What’s a rebellious woman to do when the man she’s meant for doesn’t believe in love? 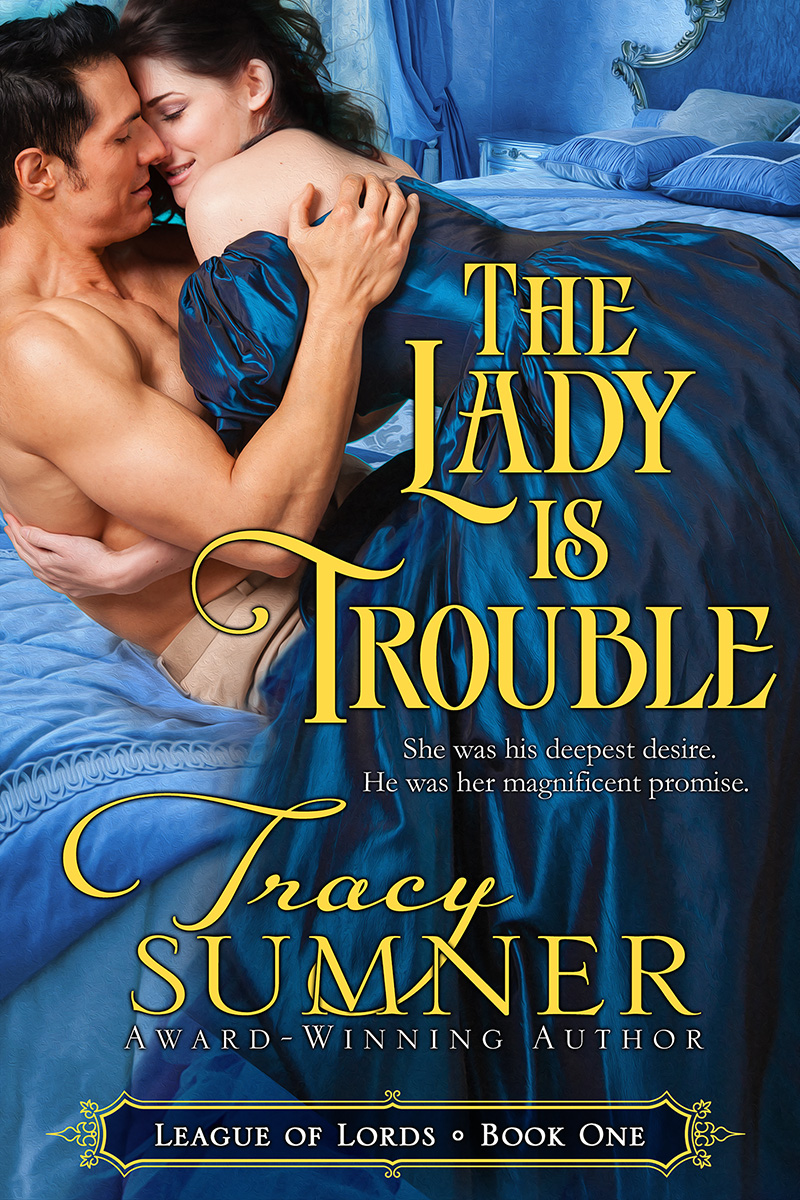 Title: The Lady Is Trouble

After three years of waiting for Julian Alexander to realize they are destined to be together, Lady Piper Scott takes matters into her own hands. Because her gift as a healer has never done anything but distance her from the most principled man in England. A meaningless diversion as a medium, all done to gain a certain wandering viscount’s attention, backfires. As most endeavors have for a woman known in the ton as Scandalous Scott.

Julian Alexander, Lord Beauchamp, battled his way from the lowliest slum to assume his title. He carries not only a turbulent past, but a mystical psychic gift that separates him from society. Honorable to his core, he is committed to protecting a community of outcasts with abilities like his own. He has no time, no place, for love. Or repeatedly rescuing the most outrageous, beguiling woman he’s ever known. Even if she needs his protection most—and he desires her above all others.

Seduction, intrigue and desire lead to an explosive passion…

Julian vowed to shield Piper from the deadly foes seeking to possess her powerful gift. Although he needs her help in controlling his own, the mix could be deadly. Soon what was once a simple agreement to work together becomes enchantingly complex as they surrender to a timeless love…

Frantic as the silence drew out, she tilted his head and pressed her mouth to his. Her entire focus centered on him as their long-ago kiss roared through her mind. Potent, sweet memory. She recalled how Julian had touched her in exceptional detail, however brief, and the extreme pleasure born of his touch. Having little experience to draw on, she mimicked what she remembered, placing her tongue at the corner of his mouth, tracing the seam, moving her lips over his, begging for entrance.

Begging him to return to her.

He grasped her shoulders, his lids lifting to reveal irises gone so dusky they edged to black. His aura radiated molten gold, as if she stared directly into a sun blistering her to her core. The wound on his shoulder had bled through the bandage and left a crimson trail down his arm.

Her heart broke, doomed with love.

“If this is how you’re healing others, Yank, I have to object.”

Somehow, she found the courage to ask: “Are you going to object now?”

His gaze lowered to her breasts, straining with each urgent breath against the bodice of her gown. Then he murmured one word—no—threaded his hand through her hair and brought her to him. She fell, a mad tumble, but he knew how to find the perfect fit. A skillful roll and he was atop her, pinning her in place. His other hand went to her cheek to still her movement as his lips covered hers—a rough invasion.

No gentle foray, no polite request, his need rolled over her as powerfully as a wave over the shore, ripping her feet from beneath her and plunging her into a chaotic, sensual sea. She accepted his challenge, opening like a flower beneath him. He tasted of mint and tea and felt like the answer to a prayer.

To deny him never occurred to her—and if it had—she would have rejected the offer.

With a throaty sound of pleasure, he settled between her legs, which with no hesitation, sprawled wide to give him better access. He adjusted his body, a subtle hip shift, once more, then, oh, yes, there. Her nipples instantly peaked, scraping against fabric, so pleasurably sensitive she sighed as the air left her lungs and entered his mouth in a sharp burst.

Desire poured through her; ablaze, covetous, she seized each new sensation. “Jules,” she gasped, her head falling back. “More.”

In impatient fistfuls, he yanked her skirt high as he found her lips, bringing her back into the kiss. Their bodies melded beautifully, naturally, pelvis to pelvis, each peek met with a contrasting valley, hot flesh separated only by thin, damp layers.

It was the last coherent thought to funnel through the carnal haze surrounding her.

Her arms rose to encircle his neck, her hands diving into the silken strands she had imagined touching in a hundred wicked dreams. The scent in the room—citrus, man, paint—lit her nose and her senses to a peak. She liquefied, melting into the wooden planks beneath her, pliable, mastered by his touch. His lips trailed her cheek, her jaw, a diverse seduction she couldn’t record or prepare for.

Her pulse had centered to a relentless thump between her legs. Never, never had she felt this reckless, this consumed by need, raw, urgent, indescribable.

It was an onslaught as he took complete and utter possession of her mind and body.

“Then take,” she answered against his cheek. Following his example, she nipped his jaw, then laved it with her tongue, deciding his skin tasted like ambrosia.

His harsh oath evaporated in the sensual mist surrounding them as he trailed his fingers along the nape of her neck, a teasing dance over her shoulder. Along her collarbone, where he dipped his calloused fingertip inside the lace edge of her gown. Her breath too frayed to speak, she bumped her breast against his palm. With a low hum of approval, he curled his fingers around the sensitive mound, taking firm possession.

His thumb brushed her nipple, once, twice, then stayed to circle, over and over until she began to lose the battle, a familiar defeat. She had touched herself in the darkness of her bedchamber many times while thinking of Julian, wanting the sensations she created to come from his fingers, not her own.

Now, maybe her dream to break apart in his arms would be fulfilled.

She expressed her hope that it would without saying a word.

Seeking a resolution to the delirious wonder of his hard length pressed against her thigh, she slid her hands down his back and helped direct his movement. His shirt was free from his trousers, her fingers tracing bare skin before she realized what she was about. His hair fluttered about his face as he pulled back to stare at her, silken strands brushing her cheek in a charged touch.

Cheeks flushed, breath ripping from his lips, he looked bewildered and famished, his gaze so savage she marveled she was able to hold it.

“Is this how you look when you lose yourself in a painting?” she asked, as his pupils flared the color of a stormy sea.

And his aura, oh, his aura was something to behold.

She’d never imagined desire could destroy. Promises, rules, plans. She now understood why he’d fought so diligent a campaign, putting distance, rationale, heavy furniture when the situation called for it, between them.

She dug her nails in his back just where it sloped to his bottom, scraped his skin as she traveled in an abrasive glide to his shoulder.

“You unman me,” he said, his admission thrilling her to the tips of her toes. Which was not the kind of thing a gently-bred young lady should be thrilled by.

Hardly knowing what she was about, she turned her head and caught his thumb between her teeth.

She liked when he used his teeth on her.

His brow dropped to hers as he released a staggered breath. “You’re not helping.”

“Our goals differ,” she whispered and slicked her tongue over his thumb as she sucked the calloused tip. His lashes fluttered against her skin before he recaptured her mouth without finesse or any of the restraint the ninth Viscount Beauchamp was renowned for. Yanking her gown low, he drew her peaked nipple between his lips, and her world spun away. The caress flowed to the outer reaches of her body, to her toes and the pads of her feet.

She felt reborn, appreciated in a way she’d never imagined she would be. 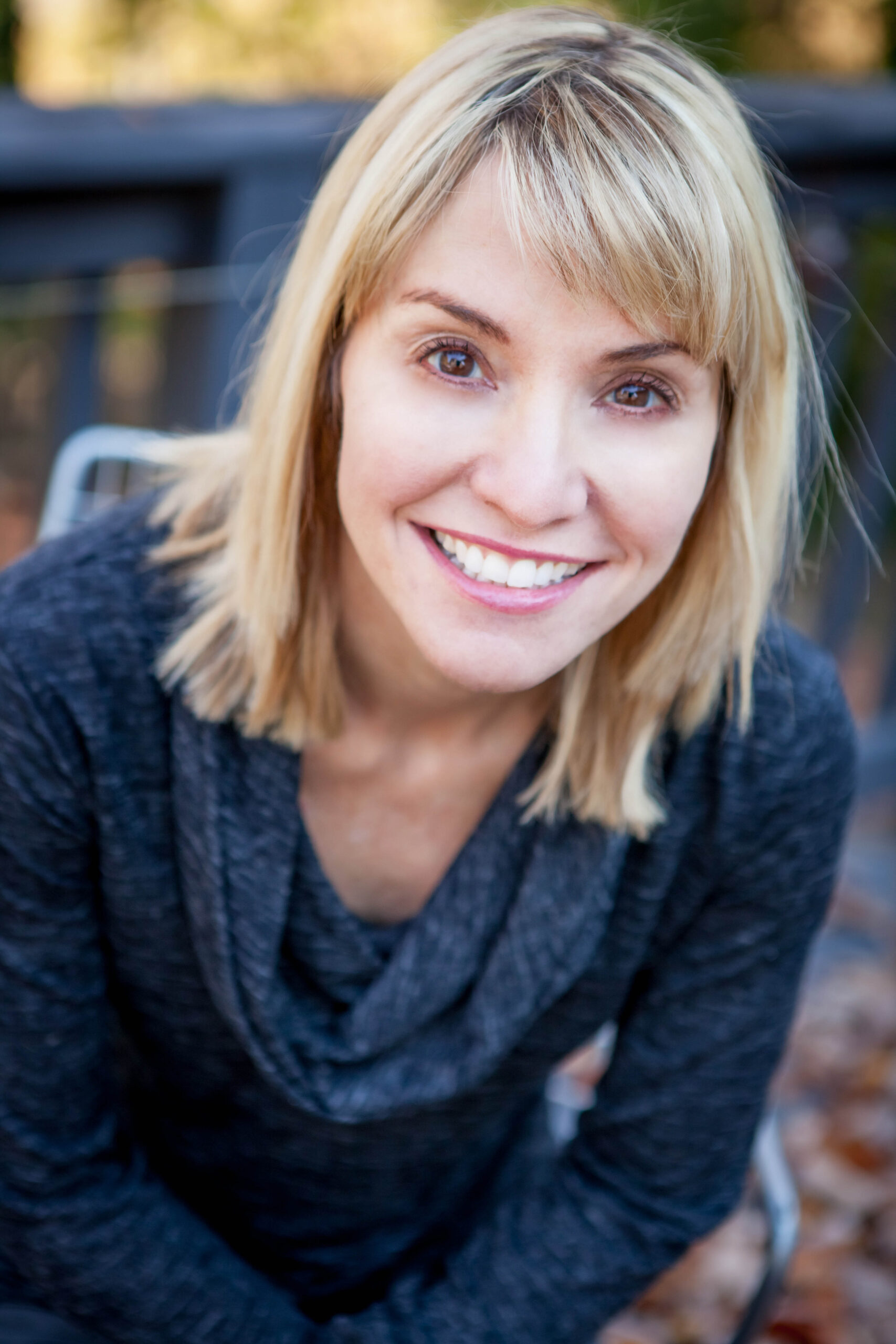 Tracy’s storytelling career began when she picked up a copy of LaVyrle Spencer’s Vows on a college beach trip. A journalism degree and a thousand romance novels later, she decided to try her hand at writing a southern version of the perfect love story. With a great deal of luck and more than a bit of perseverance, she sold her first novel to Kensington Publishing.

When not writing sensual stories featuring complex characters and lush settings, Tracy can be found reading romance, snowboarding, watching college football and figuring out how she can get to 100 countries before she kicks (which is a more difficult endeavor than it used to be with her eleven-year-old son in tow). She lives in the deep south, but after spending a few years in NYC, considers herself a New Yorker at heart.

Tracy has been awarded the National Reader’s Choice, the Write Touch and the Beacon – with finalist nominations in the HOLT Medallion, Heart of Romance, Rising Stars and Reader’s Choice. Her books have been translated into German, Dutch, Portuguese and Spanish. She loves hearing from readers about why she tends to pit her hero and heroine against each other and that great novel she simply must order in five seconds on her Kindle.

Win one of 10 ebook-copies of The Lady Is Trouble by Tracy Sumner. 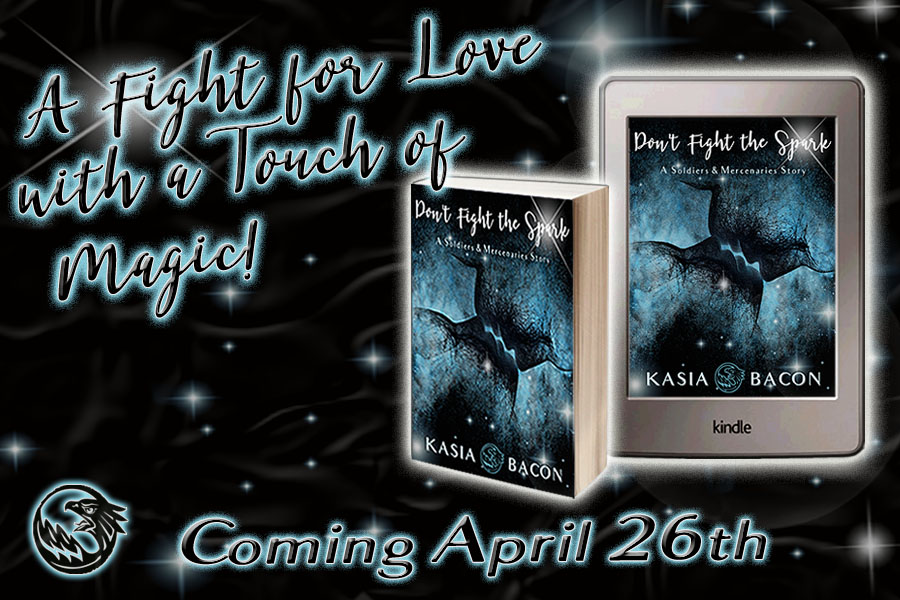