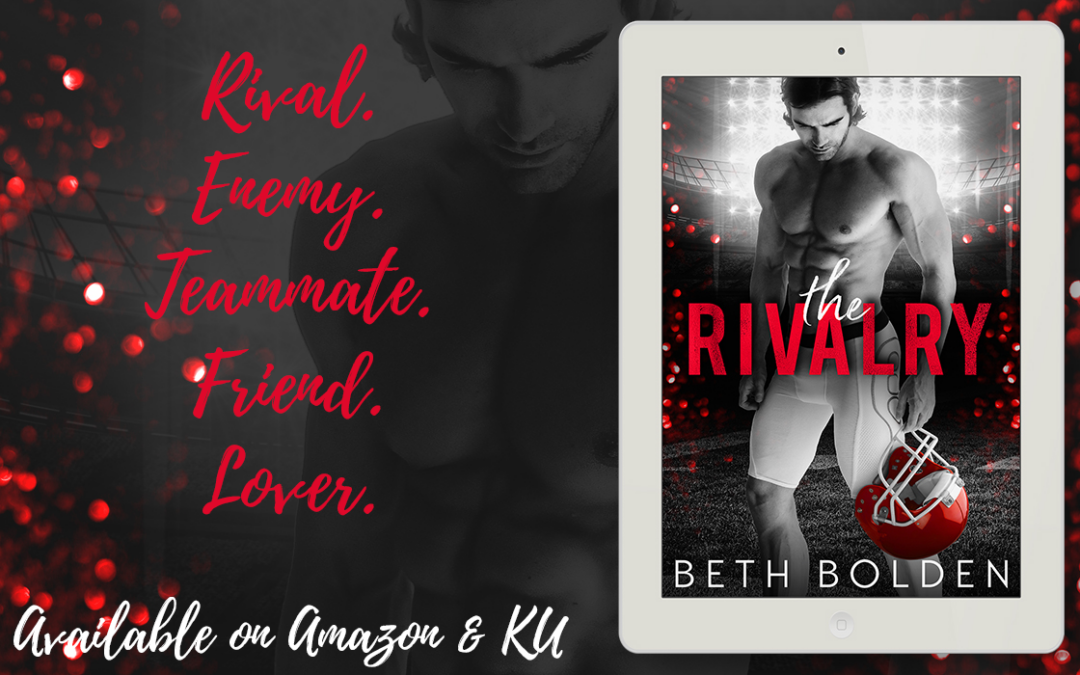 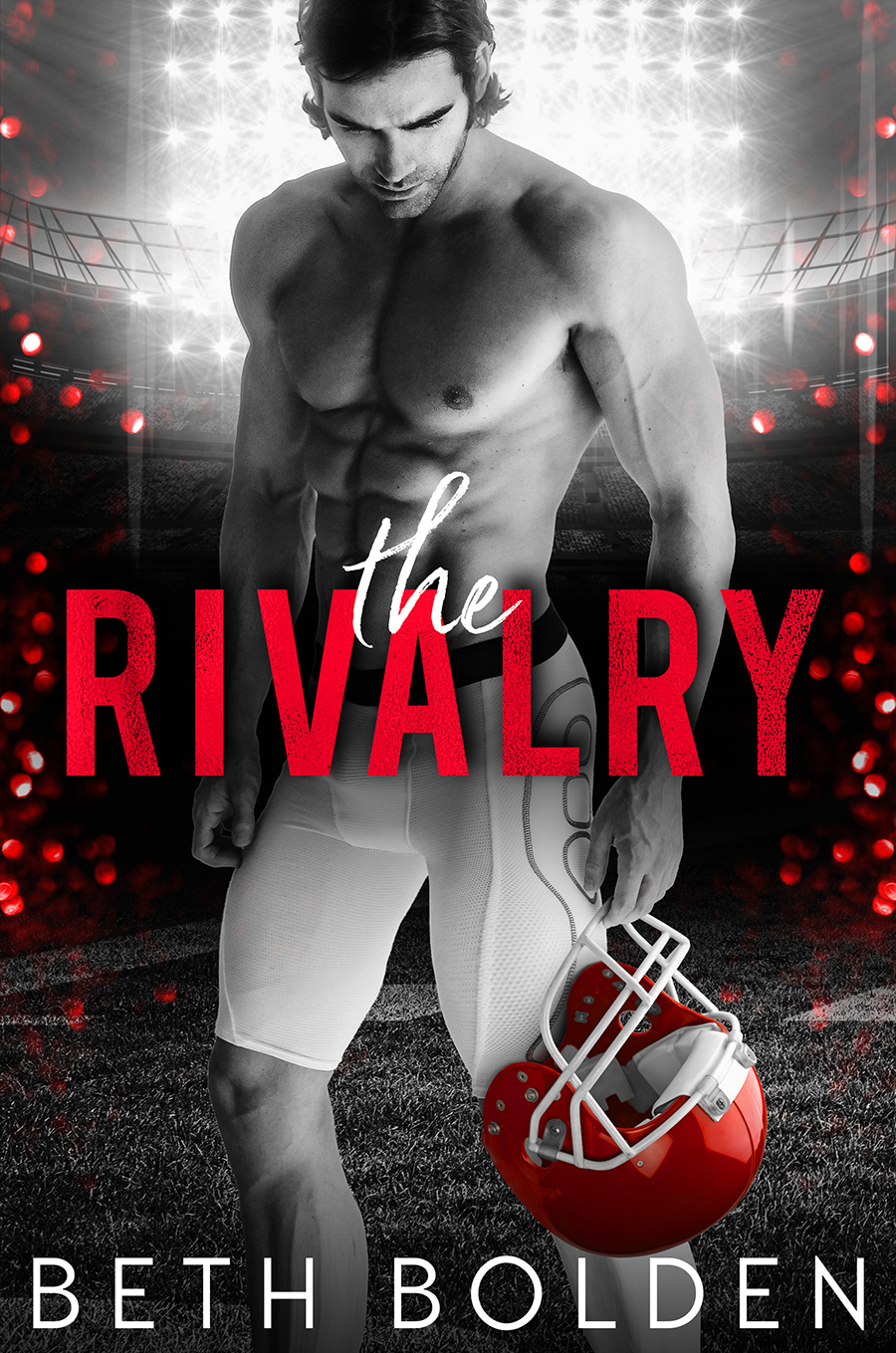 The first time NFL quarterback Heath Harris meets Sam Crawford, it’s just them, a luxury yacht and a few days of fun in the sun. Sam turns out to be nothing like Heath expects. He’s kind and funny and irreverent—and also unbelievably, shockingly sexy. For three short, glorious, life-changing days, there are no rules.

The second time they meet, Sam has just been traded to Heath’s team, and instead of lovers, they’ve become rivals instead. Heath has spent the last five years working desperately to be the best quarterback the Riptide could ever need, but when injuries threaten to derail his career, Sam is right there, standing on the sideline. Ready to take over, and ready to ruin everything Heath has given his life for.

As their orbits collide, sparks fly, and Heath struggles to find the right label and the right box to shove Sam into, hoping to keep him contained. But Sam—and Heath’s feelings—refuse to cooperate.

Sam might not be just one of those things, he might be all of them, and so much more. 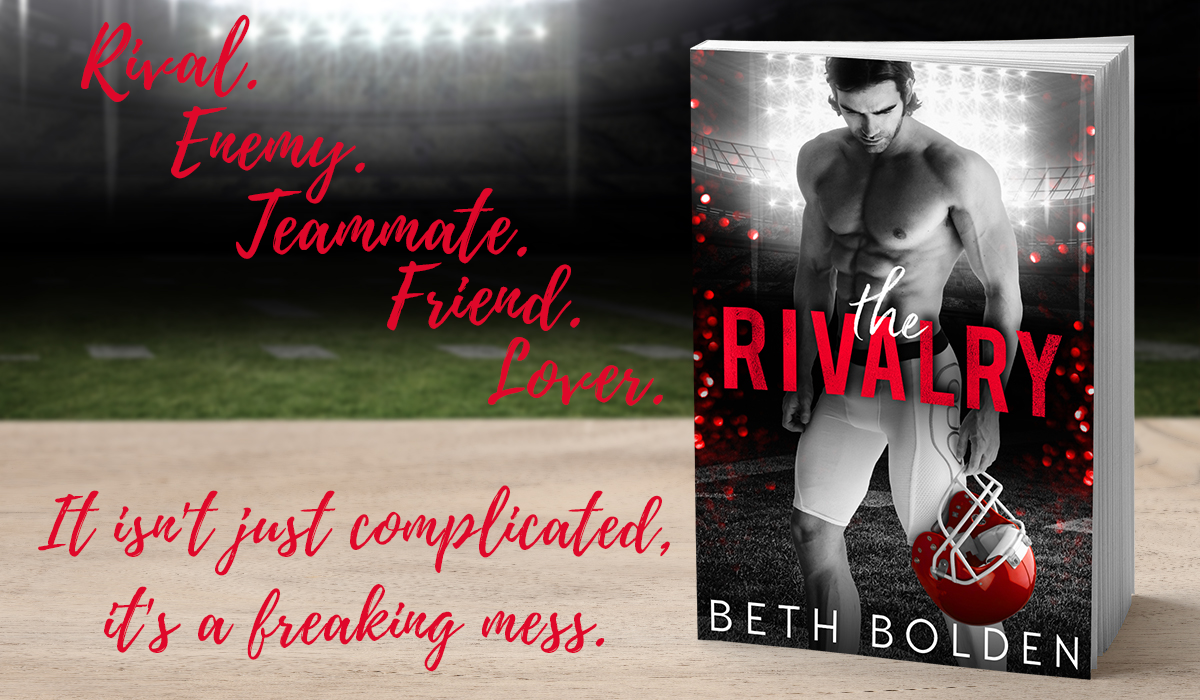 Heath had forced himself not to get (even more) self-conscious when he changed into his swim trunks. You work your ass off in the weight room, he told himself firmly, you look good. But it was hard to ever imagine he looked as good as Sam did. Sam looked . . . Heath forced himself not to think about it, because the last thing he needed was to get hard in his trunks right now.

Brooke was already lying out on the open deck, a skimpy bikini revealing all her best assets. “Drew and Mark already took the skiff out with Captain Tom,” she said when Heath and Sam approached.

“And share secret quarterback tips? You two have fun.” Brooke’s knowing expression was baffling, but maybe she thought it was weird they were hanging out because they played for different teams.

“Uh,” Heath said, and then latched on to the bin of sunscreen options next to her. “We should put some protection on . . .”

Both Brooke and Sam looked at him shocked. “Um,” he realized, “sun protection.”

“Right,” Sam said, grinning. “You first.” Instead of the easy spray option, Sam plucked a bottle of lotion from the selection. Heath went hot and then cold, realizing that Sam definitely intended to touch him all over, and he was somehow going to have to keep his erection under control.

Normally, that wouldn’t have even been an issue, but somehow his dick had discovered its purpose in life after meeting Sam. He was already half-hard now, and as soon as Sam touched him, all bets were going to be off.

The lotion was cold as Sam squirted it onto his back, and that helped initially, but then his hands, warm and broad and confident, were there, smoothing the cream all over his back and shoulders. He used soft, long strokes, like he was both trying to reassure Heath and turn him on, all at the same time—even though Heath knew that couldn’t possibly be true. When his fingers drifted lower, nearly hitting the waistband of his swim trunks, Heath nearly gasped. It was the most erotic application of sunscreen that Heath had ever experienced, and the only thing that kept him from totally busting out of his trunks was latching on to the thought of how smelly Bran’s locker was by the end of the season.

“My turn,” Sam said, and to Heath’s surprise, his own voice was rather gravelly. Like he’d actually enjoyed touching Heath.

Sam touching him had felt like a combination of heaven and hell. Heath never imagined that reciprocating would somehow feel even more dangerous, but from the moment his fingers lightly brushed Sam’s skin, it was nearly game over. He was so smooth and powerful and soft, all contradictions wrapped up in this sexy, gorgeous package, and it was nearly impossible to stop when the lotion had been evenly distributed.

“Aren’t you two just the cutest,” Brooke said, and Heath jerked his hands back like he’d been electrocuted.

“I mean, so helpful with each other, even though you’re supposed to be rivals,” Brooke added.

They weren’t really rivals—Sam wasn’t even the starting quarterback for the Piranhas, but Heath latched on to her distraction like a lifeline. “We’re not rivals,” Heath said. “It’s not like that.” Sam nodded vigorously, and grabbed the lotion from Heath’s hands, clearly also eager to change the subject. Heath didn’t know why, but he was intrigued.

“You about ready to go in?” he asked Heath.

“Yeah, let me just get my face,” Heath said. He knew he was still too pale, especially considering he lived in Southern California. Too much time still spent indoors. Frankie was always harassing him, accusing him of becoming a recluse. She wasn’t completely wrong.

“Good, because I’m definitely ready,” Sam said, obviously eager to get away from Brooke, her inquisitive gaze still pinned to the pair of them.

Sam took off in a cannonball leap, before Heath could warn him that they didn’t know how deep the water was. You’re always looking before leaping, he thought ruefully. It was definitely a less exciting existence than the one Sam clearly enjoyed. Instead of jumping off the boat, Heath sat on the back ledge, and swinging his legs around, dropped down gently into the water. It was surprisingly warm, and he kicked powerfully to bring himself over to where Sam had surfaced, pushing his wet hair back, like he was a fucking supermodel.

“Feels damn good,” Sam said, and Heath nodded, keeping his distance as they both treaded water.

It would feel even better if they were pressed up together, wet skin against wet skin, but Heath would take the water reflecting in the intense blue of Sam’s eyes every day of the week. He’d never felt a color so viscerally—burning deep in his stomach, magnifying his arousal until the only thing keeping him from flying apart was the cool water against his dick.

A lifelong Oregonian, Beth Bolden has just recently moved to North Carolina with her supportive husband and their sweet kitten, Earl Grey. Beth still believes in Keeping Portland Weird, and intends to be just as weird in Raleigh.