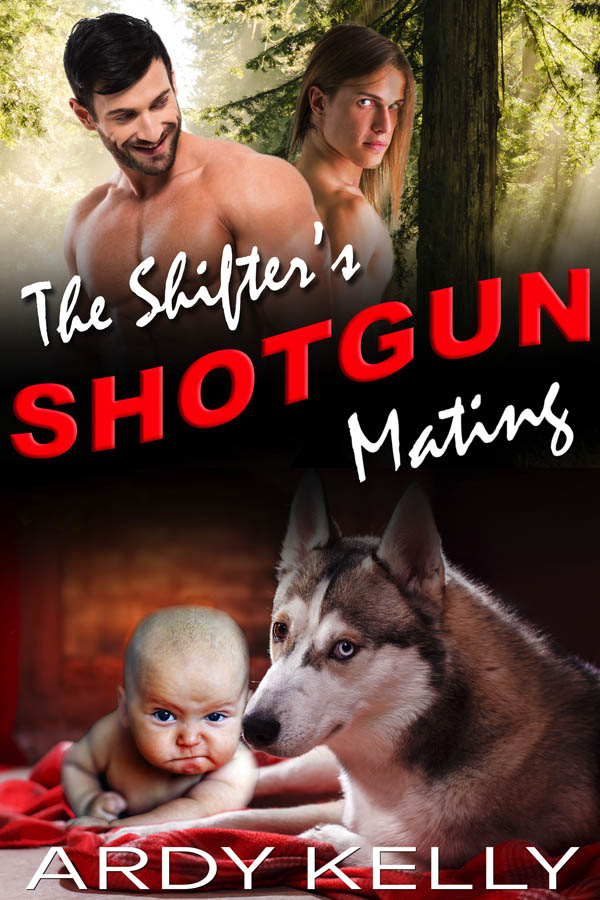 Buy it: From the author | Amazon

Adam knew bounty hunting in another pack’s territory had risks, but being at the end of a shotgun for a forced mating was not one he expected. At least it wasn’t permanent. Once he paid the promised cut of the bounty the leader of Pine Hollow would dissolve the mating. Adam just needed to keep his hands (and his teeth) away from the enticing omega.

Ricky knew nothing about the outside world, but he knew his days at Pine Hollow were numbered. The barren, widowed omega’s best chance for survival was to find a mate at Lone Wolves Ranch. Anyone would do. Anyone but the ornery wolf who bit him. Adam said he didn’t want a mate, so why was he acting like a knot-blocker?

The Shifter’s Shotgun Mating is the second book in the Lone Wolves Ranch series. It can be read as a stand-alone though secondary character’s lives continue from The Cub Club.

Lone Wolves Ranch, in the California Sierras, is a gated community like no other. Home to shifters of every type, it’s the ideal place to raise a family of four-legs.  And with an abundance of single, smoking-hot alphas it’s also the perfect place for male omegas to find love.

Low angst, slow burn, and with a collection of characters you won’t forget, Lone Wolves Ranch is the perfect M/M Mpreg hideaway to burrow into.

We’ll leave the gate open for you.

I want to thank dream, love, imagine for hosting me today. One of my recurring characters is demanding equal time to, as he insists, “defend myself against your one dimensional portrait of an admired resident of Lone Wolves Ranch.” I decided to interview him myself to protect Amy Aislin from ending up as a character in his next book.

Ardy: Troy, tell us about yourself—briefly.

Troy: Well, Troy is just your everyday wolf-shifter omega.  But I’m sure most readers of Mpreg know me as TJ Macks. I’ve written The Omega’s Auction of Love, The Omega from Bodega Bay, and my latest The Baron’s Barren, Barefoot Omega. Available at fine booksellers everywhere.

Ardy: They all take place in the fictional Lonesome Wolves Ranch which is suspiciously similar to Lone Wolves Ranch.

Troy: I’m an artist. I take my inspiration from what’s happening around me. Am I to blame if dramatic events keep popping up at Lone Wolves Ranch? At least I’m cautious enough to change the name of the place and the characters, while your two books [The Cub Club and The Shifter’s Shotgun Mating, in case you’re wondering] outed us all! Plus you gave the world my flirting secrets!

Ardy: Some say you are profiting from other’s troubles.

Troy: Mother of pearl! All the omegas I know are happily mated with cubs, just like the characters in my books. If that’s trouble then I’m the most troubled of all!  And what about you, Ardy Kelly? Aren’t you profiting with your books?

Ardy: Not yet. You write about gay shifters. Are you a friend of Dorothy’s?

Troy: Friend? Honey, I designed the shoes! That’s why I love a good M/M story with fur flying everywhere. Star-crossed lovers. An attraction that blossoms on the knife-edge of human attraction and animal instinct. Oh, I like that. I need to write it down. (Troy pulls out a notebook).

Ardy: Have you ever written a book about you and your mate?

Troy: No! Just like the old blues song says, “When you get good loving, don’t go spreading the news.”

Ardy: Who would know? You always change the characters’ names.

Troy: I promised Ryan I wouldn’t write about him, though truthfully all the alphas in my book are based on that hunk of a husband. He likes his privacy. Plus, his job is very hush-hush.

Ardy: Does he work for the government?

Troy: No. He installs sound insulation.

Ardy: What advice can you give budding authors?

Troy: First, get out and live a little. You can’t write about life if you’ve only read about it.

Third, are you making an audio book? Because if you are, “nodded” sounds a lot like “knotted.” I heard a book where the character knotted his head and I thought they were having oral sex! I was horrified the poor omega would suffocate to death.

Ardy: Are you working on a book now?

Troy: I’m waiting for the universe to inspire me.

Ardy: You mean you’re waiting for a new omega to show up at Lone Wolves Ranch?

Troy: With steamy sex scenes? Your new book, The Shifter’s Shotgun Mating, may be a slow-burn but the wait is worth it.

Ardy: (changing subject) Thank you for the interview, Troy.

It was too quiet. And too dark.

Adam tried to open his eyes against the pressure of something cool and damp laid across his face. He reached up to brush it away.

A gentle hand wrapped around his wrist. “Please, let me do it.”

Not one to trust a strange voice, Adam yanked his hand free. Pulling the cloth from his head, he blinked at the candle-lit faces staring down at him before a wave of nausea struck.

Eight arms replaced the damp rag over his eyes, while a single hand pressed him back against the cushions. “You need to rest and let your body heal if you want to recover quickly.”

Rest seemed like the sensible thing to do until the queasiness passed. “Where am I?”

“You’re back at Pine Hollow. Do you remember how you got here?”

Adam tried to shake his head, but his equilibrium protested the motion. He felt hands on his forehead. Warm, soothing hands. Omega hands.

“Relax,” the voice suggested, and tension drained from Adam’s body.

Don’t let your guard down, his inner voice warned. Omegas were overly protective, especially to pups and alphas, and would insist he rest. There must be a beta in the room who would see reason. “I just need to shift and I’ll be fine.”

“You were hit with silver buckshot. You’re going to have to heal the human way. Patiently. Please, give your body time to recover.”

Gus had silver bullets? That thought alone would have propelled him out of bed, but for the hands gently preventing him from rising.

Adam took a deep breath through his nose. Yes, definitely omega. Or he was pumped up with tranquilizers and parked downwind from a bakery. When the hands pressed lightly on his shoulder, Adam relaxed back on the bed. He no longer felt the need to get up, but he hadn’t lost concern for his men. “What about my team?”

“I’ve only seen you and the obnox—the chatty one.”

“I took some silver out of his calf. Had to give him white sage for the pain. He’s sleeping now.”

White sage was catnip for shifters. That’s why I feel this way. It’s a contact high. It would explain his desire to get a good look at the sweet-smelling omega hovering around him. “I’m Adam.”

Adam waited but no one else spoke. “What about the rest of you?”

“I saw a whole medical team hovering over me.”

“Keep your eyes closed,” the voice instructed as the cloth was lifted off one eye. “Tell me how many fingers you see.”

Adam slowly lifted his eyelid. “Are you an octopus shifter? Nobody has that many fingers on one hand.”

Ricky covered Adam’s eye. “You’ve got double vision. It’s probably from the buckshot that grazed your head. I pulled all the silver out of your skin and cleansed the wounds, but we should flush out your system to speed the recovery. I want you to drink plenty of water.”

“How’s that going to work if I can’t walk to the bathroom?”

“Make it a wide-mouth one,” Adam replied.

If eye rolls made a sound, Adam was pretty sure he heard one from the omega. While Ricky fetched the water, Adam let his hands move over his body, taking an inventory. He felt gauze bandages across the left side of his scalp, and more on his left shoulder and bicep. His chest was uninjured, no doubt due to the protective vest, but his thigh had taken a few hits, dangerously close to the family jewels. If he had stood a few inches in either direction, he’d either be dead or have missed the ammo entirely.

His hands moved outward, exploring where he laid. He was on a bed big enough for two. The sheets were freshly washed, so he couldn’t scent them to be sure he was in the home of the omega tending him.

The strong odor of antiseptic on his skin made it difficult to sniff out Ricky. He needed the omega to be closer. Preferably, very close.

Ricky returned and sat on the edge of the bed. The mattress dipped slightly, pulling the blanket tighter against his body. When their hips pressed against each other, Adam felt the warmth of his nurse through the covers.

A childhood memory came back to him. He remembered his mother sitting on his bed when he was ill. Her hands on his forehead, and the warmth of her body as she hovered over him. Focus, he told himself. You can relax when you get back to Lone Wolves Ranch.

“I put some water in an empty beer bottle. It should make it easier to drink while you’re lying down.” Ricky pressed the cool glass into Adam’s hand, and set another against his hip. “And here’s a jar if you need it. Wide mouth.”

Omegas weren’t known for sarcasm, so Adam couldn’t be sure whether Ricky was teasing him. “Thanks. Are you the pack doctor?”

“Are you mated?” Adam cringed at his question. Wolves weren’t known for being subtle, but that was rude even for a lupine. “Sorry, that was the head injury talking. What I meant to say was do I need to worry about being naked and alone with an unmated omega?”

Ricky stood up and the worn mattress slowly recovered its shape. “No. I was mated.”

Was mated? Is he mated now?

Before he could ask, Ricky crossed the room. “I need to leave you for a bit, to tend to Rock.”

Adam had completely forgotten about the idiot who caused this mess. “Is he okay?” It would serve him right.

There was a pause. “Rock’s dead,” was the monotone reply.

Oh, dear wolf gods. Everything has gone to hell. “I need to talk to my team. Now!”

I began writing in 2015 as a lark, creating the Best Laid series. That led to my discovery of the Omegaverse. A new universe requires a new name, and Ardy Kelly was born! 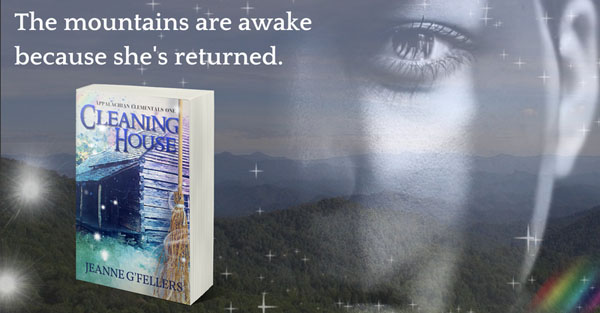