“The Two-Date Rule is all about finding the sweet spot between planning for the future and living in the moment.”—Tawna Fenske 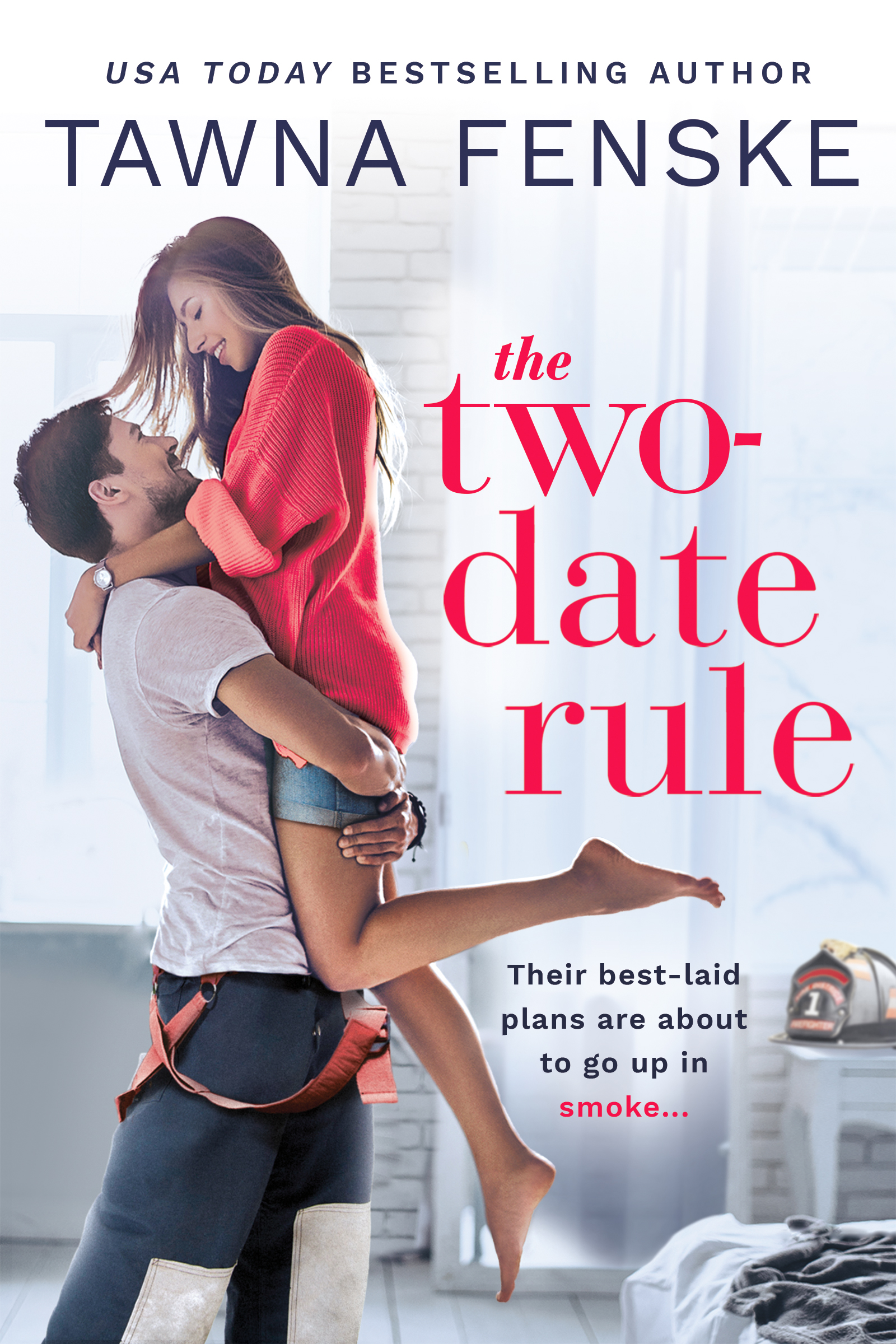 Willa Frank has one simple rule: never go on a date with anyone more than twice. Now that her business is providing the stability she’s always needed, she can’t afford distractions. Her two-date rule will protect her just fine…until she meets smokejumper Grady Billman.

After one date—one amazing, unforgettable date—Grady isn’t ready to call it quits, despite his own no-attachments policy, and he’s found a sneaky way around both their rules.

Throwing gutter balls with pitchers of beer? Not a real date. Everyone knows bowling doesn’t count.

Watching a band play at a local show? They just happen to have the same great taste in music. Definitely not a date.

Hiking? Nope. How can exercise be considered a date?

With every “non-date” Grady suggests, his reasoning gets more ridiculous, and Willa must admit she’s having fun playing along. But when their time together costs Willa two critical clients, it’s clear she needs to focus on the only thing that matters—her future. And really, he should do the same.

But what is she supposed to do with a future that looks gray without Grady in it?

She closed her mouth, then opened it again. “If I go to dinner with you, you’ll have us into a bathroom in less than two minutes?”

Grady started to stick out his hand, then thought better of it. He really should have scrubbed up before coming here. His nails were caked with soot and dirt that he hadn’t been able to get rid of at that campground water pump. He needed at least a twelve-hour shower.

But the brunette grabbed his hand anyway, lifting an eyebrow at the sight of the ash-smeared chest of his T-shirt. “Nice touch,” she said. “A tad over-the- top maybe, but I like the attention to detail.”

“Nothing. Okay, Smokey the Bare—”

Her smile turned a little sheepish. “Bare—you know, because, um, you bare it all for a living?”

He stared at her, realization seeping  slowly into his subconscious. Five nights of sleeping on the ground might have dulled his  brain,  but  he  was slowly catching on.

Did this woman actually believe—

“You think I’m a stripper.” He should probably be annoyed but could only muster up flattered. 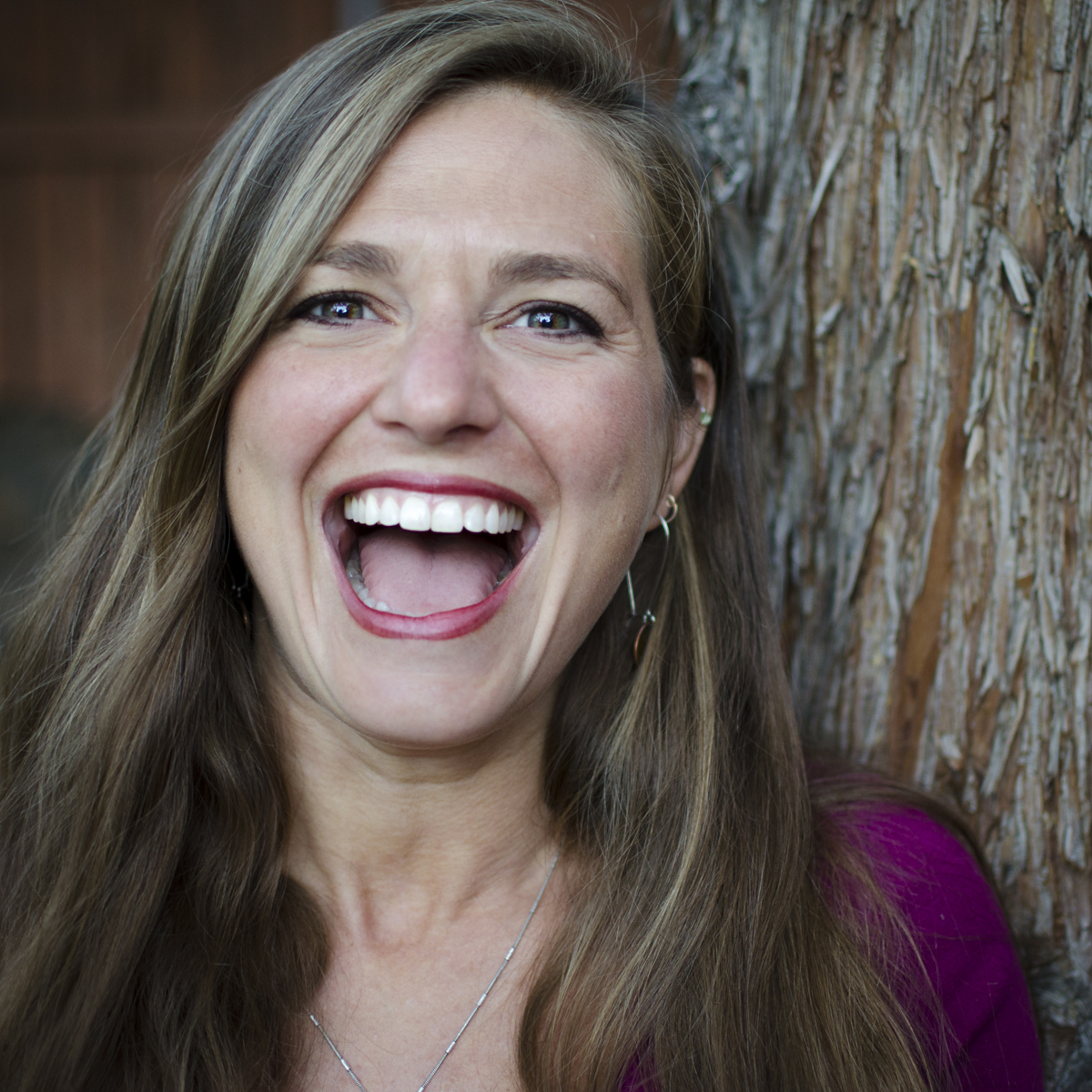 When Tawna Fenske finished her English lit degree at 22, she celebrated by filling a giant trash bag full of romance novels and dragging it everywhere until she’d read them all. Now she’s a RITA Award finalist, USA Today bestselling author who writes humorous fiction, risqué romance, and heartwarming love stories with a quirky twist. Publishers Weekly has praised Tawna’s offbeat romances with multiple starred reviews and noted, “There’s something wonderfully relaxing about being immersed in a story filled with over-the-top characters in undeniably relatable situations. Heartache and humor go hand in hand.”

Tawna lives in Bend, Oregon, with her husband, step-kids, and a menagerie of ill-behaved pets. She loves hiking, snowshoeing, standup paddleboarding, and inventing excuses to sip wine on her back porch. She can peel a banana with her toes and loses an average of twenty pairs of eyeglasses per year. To find out more about Tawna and her books, visit www.tawnafenske.com.To learn more about all of Tawna’s books, visit www.tawnafenske.com.

The giveaway is open to all entrants who are 18+ and will run from 12 am ET 2/21/2020 – 12 am ET 3/6/2020. The prize is one of 5 ebook-copies from Tawna Fenske’s Ponderosa Resort rom-com series. The reader may choose the title that they wish to receive. You can find a detailed list on Tawna’s website: https://tawnafenske.com/reading-guide/

The Play of His Life, Excerpt #2