Release Blitz, Review & Giveaway: For What It’s Worth by S.M. James

They say there are no rules in love, but will three be a crowd? 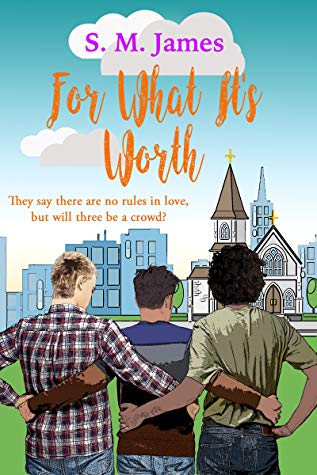 Title: For What It’s Worth

Dating Micah has been the best decision Rory’s ever made. Micah calms his wild side by bringing Rory back down to earth. They’re perfect for each other.
But when Rory’s Australian crush randomly shows up to stay with him, Rory’s torn between the boyfriend he maybe loves, and the guy he thought he was over.

Micah Holtz is the most loyal boyfriend in history.

Since the day Micah first saw Rory, he fell hard. There’s never been a moment where Micah’s doubted his feelings and when they finally start to date, Micah plans to hold on with both hands.
But then Justin arrives from Australia and Micah finds his single-minded attention starting to slip…

Justin Anderson has a plan for everything.

Showing up on Rory’s doorstep is the most adventurous thing Justin’s ever done. He’s lowkey sick with nerves, but knowing Rory’s there makes it all worth it. Until he finds out Rory has a boyfriend. Which was never part of the plan.
Suddenly Justin’s back to his usual game of second guessing everything, including Rory’s flirting and Micah’s lingering looks.

When Micah’s childhood haunt is set to be torn down, the three of them join forces to try to save the historic building. But will the teamwork add cracks to an already unstable friendship, or bring them closer than they ever imagined?

Justin pretends to shudder. At least, I think he’s pretending. “Kill me now.”

Those mismatched eyes meet mine and we’re just a pair of awkward losers staring at what we can’t have. I should probably take my words back and make out like ha ha jokes but I’m not joking. I spent way too many late nights thinking about that face … before Micah, of course.

Justin being here serves to remind me that the world is a fucking big place.

We switch off the TV and I scoot closer, craving him like fucking air and I still can’t work out exactly why. “You’ll be totally fine. Just be yourself. You won Micah over easy enough, and me, and Ari.”

He scrunches up his little nose. “Sure, my friendship group has grown to three, what an achievement.”

“Excuse me Mr. Sarcasm, but how long was that group at one for?”

Justin doesn’t answer, just screws his lips up to the side like he gets my point.

“Exactly. A fucking long time. And now you’ve tripled that number in just a few short months, like are you kidding? You’re on a roll, you charismatic piece of shit.” The name calling comes naturally to me, and at first I worry Justin won’t take it in the affectionate way I mean, but he cracks a smile that brings up those little dimples on either side of his chin and damn I want to touch them. “Plus Ruby and Grace think you’re the cutest thing ever.”

Justin shakes his head like he doesn’t believe a word coming from my mouth but he’s still smiling. “Just Alexis to go then.”

“With how much I talk about you she already thinks you’re best friends so there’s nothing to worry about there.”

“Talking about me, hey?” He’s leaning against the back of the couch, head tilted toward me. The teasing that flickers across his face is just beautiful. His hazel eye is on this side and I love how he looks slightly different depending on which side I look at him from.

“When I got back from Australia, Alexis literally banned your name from conversations.”

“I’m not. She was allowed to punch me every time I said it.”

“How many bruises did you get?”

“All down both arms.” I smirk. “Totally worth it.”

A laugh hiccups from him and he opens his mouth to say something, then stops.

“No, no.” I lean in closer. “You’re not allowed to over think, remember? Whatever you were going to say, say it.”

That gorgeous tint starts to rise on his cheeks as he swallows.

“Say it or I’ll tickle you.” I’m totally lying, but I wish I wasn’t. Every time he’s around I’m itching to get my hands on him and if that means tickling him like we’re in middle school, I’ll fucking do it. But what I won’t do is make him uncomfortable.

He buries his face into his hands. “Now you’ve made it into a thing.”

“And I’ll keep making it into a bigger thing until you tell me.” The fact he’s avoiding it just makes me even more curious. And once I get my mind stuck on something, I’ve got to know.

His hazel eye peeks out at me. “I was just going to say …” His side expands as he takes a deep breath. “That if I had any friends, they would have banned your name too.” His face disappears into his hands again, but he can’t hide how his neck goes all read. “See? Dumb.”

I slide closer, until I cross that invisible barrier he keeps locked in place and lean down so my face is near his. “Justin?”

He hesitates a second before he lifts his face, sucking in a sharp breath when he realizes how close I am. Something skitters across my chest as he pins me with his rare eye contact. I’m barely aware of my lips moving until I hear my own words.

“Nothing you ever say is dumb.”

Sweet and adorable and lovely and real.

After reading Thanks In Advance I wasn’t sure how I’d feel about this. How dare Rory start dating someone else in the time between the prequel novella and this novel?!?!?! But I’ve got to give credit to S.M. James because this threesome totally worked. Rory, Justin, and Micah are so different from each other but also have so much in common. They compliment each other beautifully and seeing them not only support each other in their growth, but talk things through in order to make their relationship work? It was great to see these young adults actively make a commitment to being with each other and making things work.

Check out the character art for Justin, Micah, and Rory below. 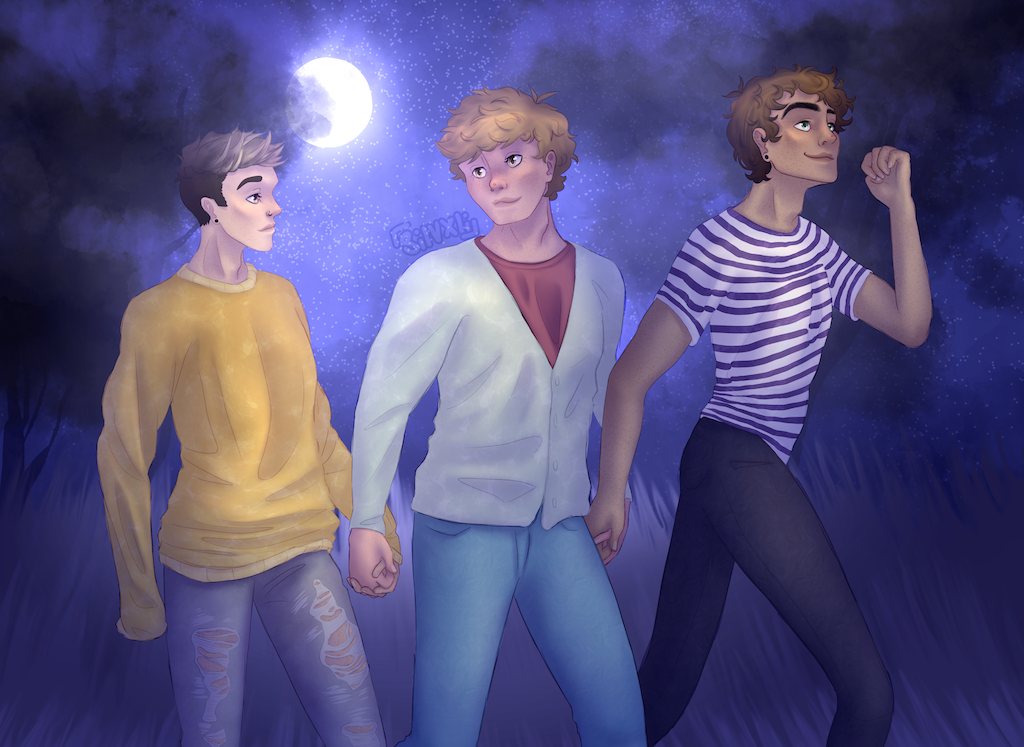 ​While not writing, SM is a readaholic and Netflix addict who regularly lives on a sustainable diet of chocolate and coffee.

Enter the Rafflecopter Giveaway for a chance to win:

2 x paperbacks international (Any from the #lovehim series)

3 x eBooks international (Any from the #lovehim series) 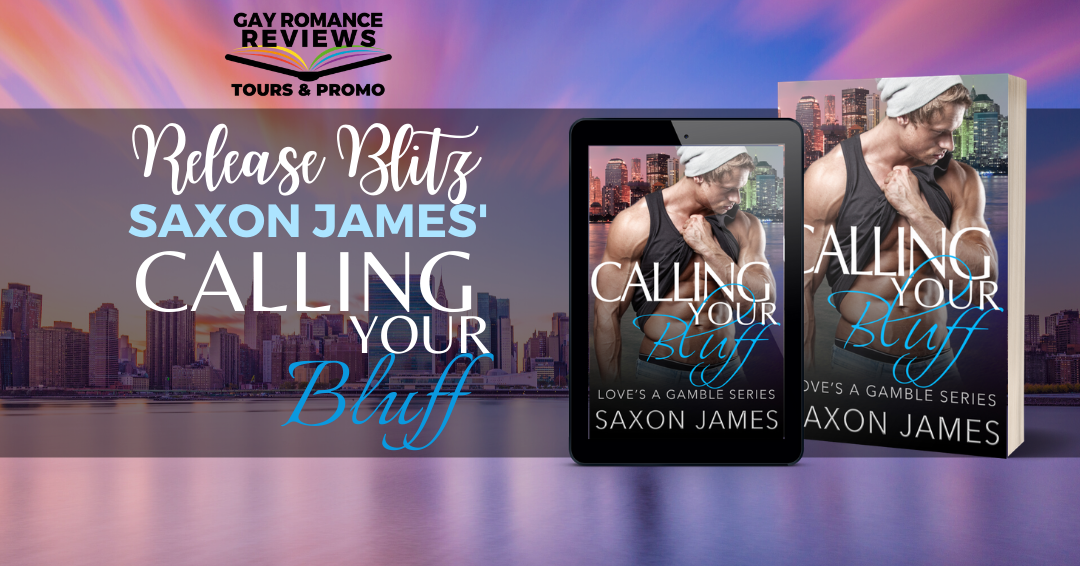