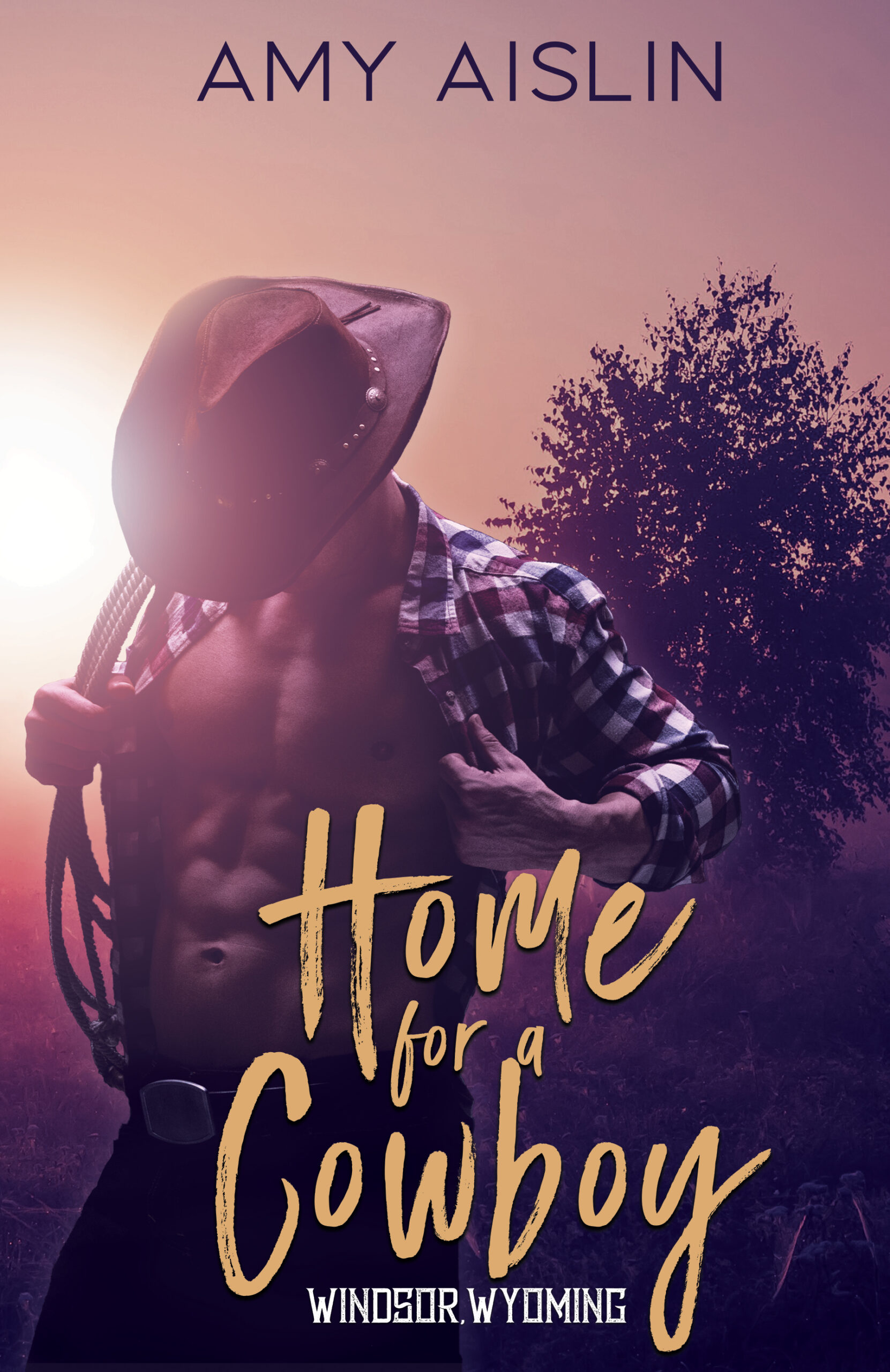 Home for a Cowboy

Book one of the Windsor, Wyoming series

Lassiter Windsor-March has been planning for his future for as long as he can remember and he knows exactly where that future lies: at his family’s ranch in Wyoming. What doesn’t lie in his future is a summer fling with one of the seasonal workers—they never stick around.

Even if one of those workers is the college crush he’s invited to work a summer job at the ranch.

Marco Terlizzese is as laissez-faire as Las isn’t. He might not know where he’ll be once his contract with Windsor Ranch is up, but he knows three months is plenty of time to get his long-time crush to agree to go out with him.

Amid a starry summer sky, their chemistry ignites as feelings deepen, forcing Las and Marco to decide where they truly belong.

Cover art by Designs by Morningstar.

[Amy Aislin] captures the chemistry between them perfectly and I love the slow build sexual tension in the first half of the book. This story is beautifully written and it made me smile.

My heart has honestly become a slave for this book. This story has brought me to my knees… Pick up this country book and saddle up your heart for one of the best rides you’ll ever experience.

I just could not put this book down. Talk about getting pulled into the story from page one! I absolutely recommend this tender yet gripping book and hope there are more stories to come from this ranch.