Two hours later, they hit first a chain grocery store in Guelph—Ty didn’t even have milk to go with his one cereal box—then a small cafe where they had a late brunch.

“Did you know a banana is actually a berry?” Ty asked.

Elias looked at him, wondering what brought on that particular point of conversation.

“Says so right here.” Ty slid his paper placemat—full of random food facts and pictures—closer to Elias. Elias’s placemat had a fill-in-the-dots drawing, a tiny crossword, a word scrambler, a maze, and a spot-the-difference challenge. Clearly the universe was playing a cosmic joke. He’d ended up with the children’s placemat irrespective of the eighteen-year-old lookalike sitting across from him.

For some reason Ty thought that was hilarious. After dropping the groceries off at Ty’s, they headed to the Starkey Hill Interpretive Trail for some snowshoeing. Of course it took Ty all of five seconds to find his snowshoes and poles, and yet the lube and condoms were still MIA. 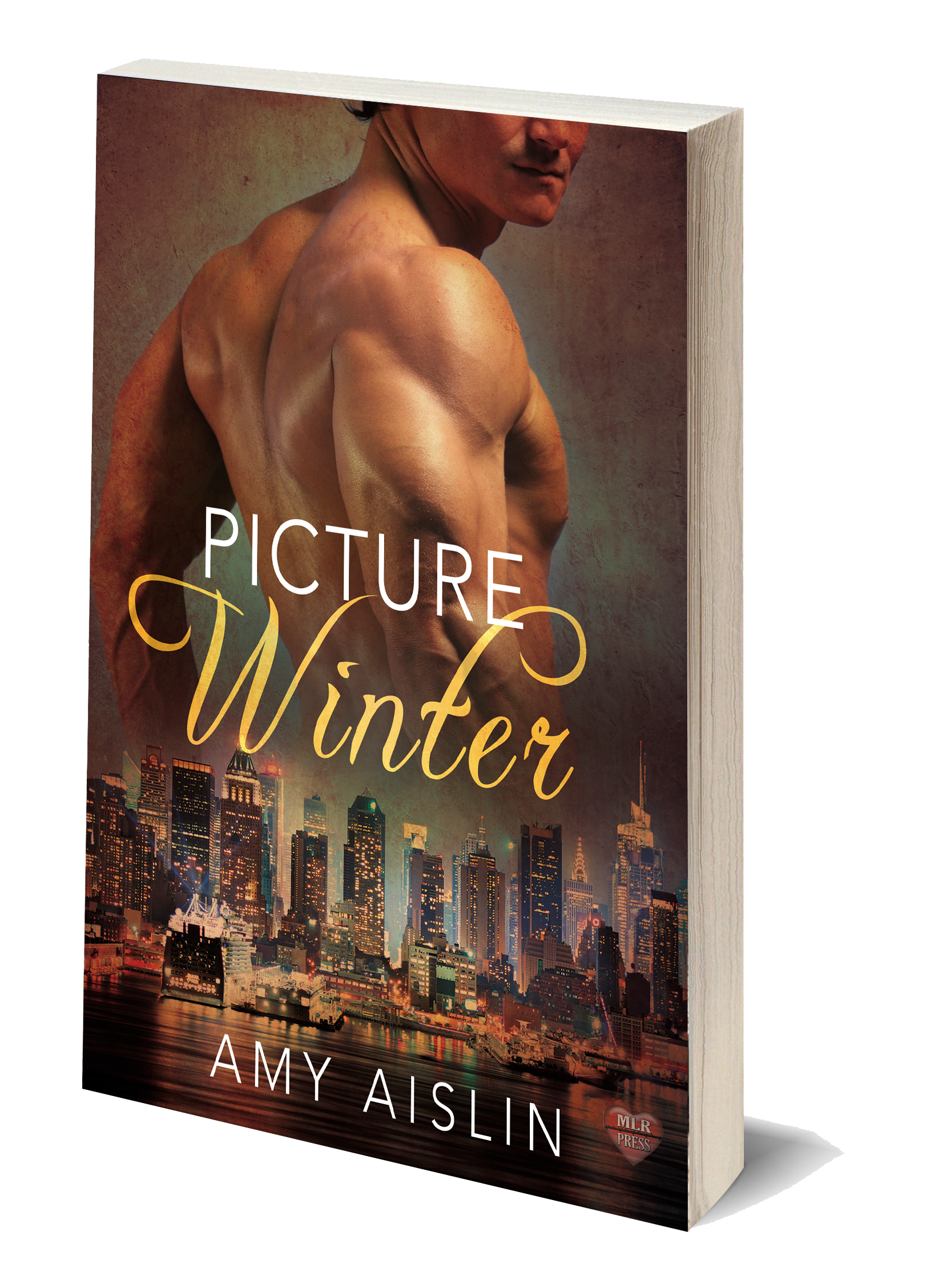 But that was fine. They'd stocked up at the store.

Elias brought his camera. It went everywhere with him anyway, but he’d been an idiot yesterday, leaving it in his car all day and then overnight in the cold. He was damn lucky it had turned on this morning.

Landscape and wildlife photography were his passions, but he found himself distracted today by Ty’s perfect face. Even in his ugly, poofy snowman coat he looked good enough to pounce on. He looked like a graceful angel on his snowshoes. By contrast Elias felt like an unbalanced bear. He kept forgetting to widen his stance so that he didn’t step on his snowshoe frame with the other foot.

“What are you doing?”

Elias was on his back in the snow, camera held up to his face as he focused on a blue jay in a leafless tree above him. From below like this, it’d be a really cool shot, the bird’s blue feathers stark against the dull brown tree branches. He could probably submit the photo to CanadaBirds—a sister magazine of CanadaTravels—for consideration. Zooming his lens accordingly and adjusting his manual settings, he tried to keep very still so the bird didn’t get scared and take off. He wanted a bit of a blurry background so he set his f-stop to—

—A nose pinked from the cold appeared in his viewfinder. He was so surprised he hit the shutter-release by accident. And when he saw the image that appeared on his monitor, he couldn’t help but chuckle, sending the blue jay scurrying off.

Elias turned the camera to show Ty. Ty peered at it, squinted, and said, “I look hot.”

It was a picture of his left nostril and part of his eye. Elias kept laughing.

“Here, take a better one,” Ty said and plopped down in the snow next to Elias.

Ty had the picture taken before Elias could finish his sentence. Except none of the settings had been adjusted, so instead of a selfie of the two of them, Elias had a blurry picture of what might have been his own beard or could’ve been the tree trunk behind them.

Elias took a picture of him like that, head thrown back, eyes half-closed, mouth wide, teeth glistening bright as the snow that was also stuck in his hair now. That way he’d have this moment forever and could always look back on it and remember how good it felt to be in that first honeymoon phase of dating someone who felt about Elias the same way Elias felt about him, when everything was wonderful and new and fun.

That carefree laughter was the best kind of kick in the gut. Without thinking twice about it, he moved in on Ty and kissed his still laughing mouth. Ty was still chuckling as he kissed Elias back, mouth cold, tongue warm. It took hardly any prompting from Elias for Ty to roll himself on top of him but Ty’s coat was so slick that he landed on Elias and then slipped off him, landing on Elias’s other side, which only made him laugh harder. His good mood was contagious, and Elias laughed with him until the snow started soaking into his jeans.

“Come on, you goof,” Elias said, getting up with difficulty. Stupid snowshoes. “Let’s head back so we can get out of this cold.”

The wind chill was supposed to drop again overnight, and they could already feel it even though sunset was still three hours away.

“No, not now.” Ty headed back onto the trail, in the direction they’d come from. Elias followed. “Next weekend?”

“You have a birthday party next weekend,” Elias reminded him, eyes on his feet so he didn’t trip himself up again. “Plus,” he continued, so that Ty didn’t think he was angling for an invite, “I hate to break it to you...but I don’t camp in winter.”

“Awww, but I wanna go camping with you.”

“Well, I wanna fuck you silly, so let’s go do that instead.”

For the first time since they started snowshoeing an hour and a half ago, Ty fell flat on his face.